When the DH backed the Future Forum's proposals on NHS reform, it cemented the place of 'integration' at the heart of health policy.

Long heralded by academics as a silver bullet for improving the NHS, genuine integration - for example between primary and secondary care, or health and social care - has taken root in only a handful of areas.

But all that may change after the DH responded to the Future Forum report with a pledge to push ahead with integration and encourage 'joined-up commissioning and integrated provision'.

Nick Goodwin, senior fellow at the King's Fund, says: 'The report created a mark in the sand that the national policy going forward will be around integration. We should not underestimate that.'

If this really is the future, what will it mean for general practice, and is it something for GPs to fear?

Previously held fears
Previously GPs have feared a more integrated NHS will lead to practices eventually being swallowed by hospital trusts expanding into primary care provision. But the latest definition of integration suggests these fears could be misplaced, in the short term at least.

The Future Forum's definition, accepted by the DH, says that integration simply means getting better outcomes for patients. It's not about structures, organisations or funding but about putting patients at the centre of the entire health and social care system, it says.

Dr Rebecca Rosen, a GP in south-east London and senior fellow in health policy at the Nuffield Trust, says as part of the integration agenda there will be a push to increase capacity in primary care. 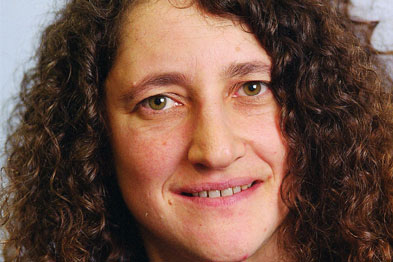 She says this will require training of GPs to ensure all are 'equally competent'. 'We know there is a lot of variation at the moment, with some GPs treating hypertension while others refer,' she adds.

'Part of more integrated care will be to support and train GPs so they feel confident managing the least severe end of the spectrum of conditions.'

But Dr Rosen admitted that this might present a 'philosophical tension' between GPs who want to remain as generalists and those who want to become 'mini specialists'.

She says one way to resolve this would be if practices worked more collaboratively in groups or networks as this would mean that not every GP would have to learn new skills.

NHS Future Forum chairman Professor Steve Field agrees that federated practices should be the model for general practice and that the GP contract could help incentivise this change (GP, 18 January).

But GPC deputy chairman Dr Richard Vautrey says there is scope for practices to work together without a need for contractual change. He adds that if GPs are to provide more care in the community there would need to be an equivalent transfer of funds from secondary care to the community.

'There is only a finite amount of money in the NHS and it can only be spent once,' he says. 'This will involve making decisions about where we don't spend money as much as where we do.'

Closer working relations
On top of the changes affecting the day-to-day running of general practice, Dr Rosen says closer working between primary and secondary care is an 'essential part' of integration.

She says this can be achieved in several ways, but could involve specialists working in general practice. It could also see specialists and GPs working together to develop shared care management plans for patients, she adds.

Dr Rosen admits that this will require better IT systems, but she says the crucial aspect will be the development of better relationships between secondary and primary care.

Dr James Kingsland, national clinical commissioning network lead for England, agrees that better relationships between secondary and primary care colleagues will be crucial. 'It's the inefficient transactions that fragment the system,' he says. 'Integration will need much better dialogue between specialist teams and primary care teams and much better understanding.'

But Dr Vautrey warns that the Health Bill and its drive to increase competition in the NHS could undermine plans to integrate.

General practice will undoubtedly get caught up in the drive to integrate the NHS, with practices required to work more collaboratively with each other and secondary care.

Dr Vautrey says that this could either be a 'great opportunity or a huge threat' depending on the way integration is implemented. He says: 'We could really get better services for our patients, but the threat would be if this ends up with hospital trusts taking over practices like the health management organisations in America.'