Jeremy Hunt has blamed the 2004 contract for increasing pressure on A&E. Neil Roberts looks at what this could mean for GPs.

Jeremy Hunt stirred the wrath of GPs recently when he appeared to blame them for rising emergency admissions.

The health secretary's comments were seized on by sections of the press. The Daily Mail's headline screamed: 'Four million extra patients a year flood A&E after Labour's "disastrous" decision to allow GPs to stop night work.'

The Daily Telegraph said 90% of GPs opted out of out-of-hours, but the BMA pointed out that many continued to work nights and weekends despite dropping 24-hour responsibility for patients.

BMA leaders slammed Mr Hunt's 'simplistic' analysis. GPC chairman Dr Laurence Buckman said the BMA had long argued for improved resourcing and co-ordination of services that had been underfunded since before 2004.

'Despite rising patient demand, funding has remained static in the past few years,' he said.

As NHS England's national medical director Professor Sir Bruce Keogh prepares to publish his review of urgent care, questions are being asked about the future role of GPs in out-of-hours provision.

'What makes me angry,' says City and Hackney LMC chairwoman Dr Deborah Colvin, 'is Jeremy Hunt and others saying GPs should be doing out-of-hours, yet when we do try to, people find a reason why we can't.'

Dr Colvin and colleagues - around 80% of local GPs - were told in February they would not be able to bid for the local out-of-hours contract after the PCT cluster decided to renew its existing deal with a private sector provider.

'It makes me wonder what the government's agenda is; why what it says publicly is not what it allows privately,' she adds.

There were many other GPs interested in doing the same, she says. They watched the Hackney bid and were 'very disappointed' when it did not take off.

He says the real problems in out-of-hours care are caused by underfunding and 'marketisation' - a problem dating back to before the GMS contract. The decision in 2004 to end GPs' monopoly was, he says, 'a device to pass it on to private firms initially, then PCTs'.

For Dr Chand, properly funded GP co-ops, integrated with practices and other local services, with patient involvement, are the best model to ensure quality services.

Citing last year's controversy over Serco's Cornwall contract, where the firm was found by health watchdog the CQC to have failed to employ enough staff to meet patients' needs, Dr Chand says the 'market ethos' has to be removed to achieve an integrated service.

Many GPs will be anxious that the political rhetoric could be pointing towards giving them back 24-hour responsibility for patients, and Dr Chand is keen for a return to GP control not to mean a return to 24/7 responsibility. 'The genie is out of the bottle,' he says, and going back is 'not practical or realistic'.

Rick Stern, chief executive of the NHS Alliance and director of the Primary Care Foundation, also believes there can be no going back.

'If we're talking about winding the clock back to before the 2004 contract, or even to the mid-1990s, when we had tired doctors trying to deliver a service they weren't fit or able to, no, I don't think that is a good idea.'

But more local connections between services and GPs, a more integrated local care service, are 'what we are trying to achieve', he says. More local GPs doing out-of-hours would be good, he adds, and that is what the best services have retained.

'As we all discovered a few years ago, having people from out of the area, let alone out of the country, is a potential disaster.' But while 'strong local connection is a good thing', he says, 'it cannot be at the expense of getting GPs to work 24/7.'

For Mr Stern there is no ideal model of provision, rather a set of underpinning principles, such as having services work together, and rapid access to care. But those principles must be applied and translated according to local conditions.

Social enterprise providers - successor organisations to GP co-ops - are the compromise that puts local GPs back at the heart of out-of-hours, without having to take back 24-hour responsibility, says UHUK chairman Dr Mark Reynolds.

He explains that all of his member organisations are not-for-profit, overwhelmingly staffed from local practices and often with GP board members.

'What is extraordinary at the moment,' he says, 'is that this sector has such bad press; it is seen as a problem, rather than a solution.'

UHUK members must pass an externally assessed quality programme, are subject to risk and complaint management, have one in 20 contacts audited, and consistently achieve more than 90% patient satisfaction, he says.

'It's a model that, in the era of the Francis report, of openness and dialogue, is something the rest of the NHS could learn from,' he adds.

Dr Reynolds says Mr Hunt's 'very mistaken' comments criticising out-of-hours would be seen by many as a 'smokescreen for the disaster happening in NHS 111'.

What out-of-hours needs, he says, is political recognition of the value of the social enterprise model, and commissioning support.

'If the commissioning process was able to put more weight on proven quality, rather than finance, it would be a good start.'

He says the commissioning process has meant for-profit firms have been able to bid at 'ridiculously low' prices, undermining quality. But, he acknowledges, under current commissioning and competition regulations, it may be difficult for commissioners to favour social enterprise.

However, local GPs setting up social enterprise challenges to corporate providers may not find it easy. As Dr Colvin complains, there is no equality between large health firms and small GP groups. 'It is not a level playing field,' she says.

'GPs are told we can compete, we can put in a tender. But that's completely disingenuous. A huge global health company can afford to do that. But a group of GPs, we can't. We don't have £100,000 sitting around to set up a service on spec. I think they're being dishonest. If they want us to do it, they have to help us to do it.' 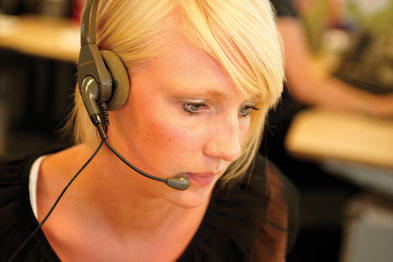 He says: 'I worry that in the race towards NHS 111, we've forgotten what we were trying to achieve in all this, which is local clinicians taking control of the whole of their urgent care service and getting the overall provision right for their community. Instead we've got very focused on delivering a phone number and the service behind it.'

Dr Chand calls NHS 111 the 'biggest fiasco'. While the idea was good in principle, he says, there was 'no clinical input, no patient input, and a good idea became a fiasco'. With NHS Direct having just 'settled in', there was 'no need, out of dogma or whim, to bring in 111'.

Dr Reynolds calls 111 a 'catastrophe', but is keen to point out that where there are poor services, they are not the ones being run by out-of-hours services.

Insurers and travel companies have been asking patients to obtain letters from their...

Fully-qualified GP workforce down 277 over the past year

GPonline is launching a new podcast called Talking General Practice - listen to our...

GPs should not prescribe antibiotics for impetigo, says NICE

GPs should prescribe hydrogen peroxide 1% cream rather than topical antibiotics for...

Network of 100 GP practices to carry out coronavirus surveillance testing

A network of 100 primary care sites across England will carry out opportunistic testing...

Primary care networks (PCNs) have just a month to make sure they are paying their...