Your all-new, fortnightly 68-page edition of GP is out Monday but available first on Friday afternoon via our award-winning app. This fortnight's issue includes the first regular column by new RCGP chairwoman Dr Maureen Baker (@maureenrcgp) during which she talks about the college's #PutPatientsFirst campaign.

3. Flu vaccination missed for thousands of children as uptake falters

We now have a fixed date for our Twitter Q&A with health minister Lord Howe about the 2014/15 GMS contract. Join us on Twitter at #AskLordHowe at 10am on Thursday 19 December or submit questions in advance to neil.durham@haymarket.com.

Planning the practice's/office's Christmas party? Some sobering statistics to bear in mind. Illustration courtesy of http://www.vikingdirect.ie/ Click on the image to make it bigger 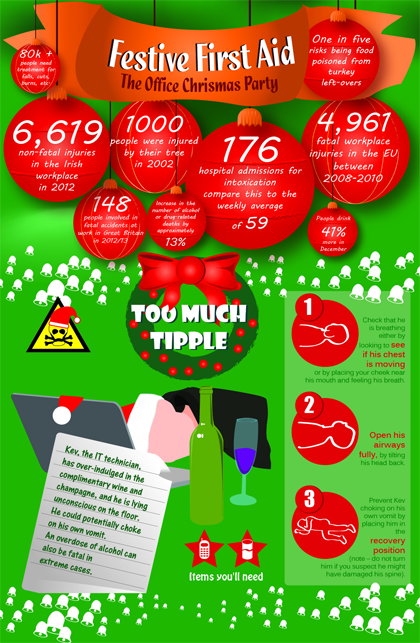 Lots of CQC (@CQC) criticism this week but, more importantly, are the fish safe?

Dear @ProfSteveField we live in Andy's surgery; kids love us. Think Andy plans on getting rid of us b4 u come! Help! pic.twitter.com/DCpzqHBDad

X Factor (@TheXFactor) or the NHS for the Christmas number 1?

Our boys looking dazzling in their #Movember moustaches! Sponsor them here: http://t.co/aK8Spvs4Ug pic.twitter.com/wpRshTQTJj

Last day of #Movember tomorrow. Thanks to all who supported the BCCG team - we made £500+! #ExecMos pic.twitter.com/EoPM8NNeHw


DISCLAIMER: #WeekInReview is only as sharp and funny as the material you supply. If you've any suggested material, use the hashtag #WeekInReview or DM @neildurham via that Twitter thingy. Have a great weekend!

A new system that will allow patients to register with a GP surgery online is being...

Which parts of England have the highest and lowest GP patient satisfaction?

Patient satisfaction with GP services varies widely between PCN and ICS areas across...

During August we’re bringing you some of the best interviews from series one of the...