GP magazine has gone fortnightly, so there's no issue this week and the next is dated 7 November. But the fall-out from the breakdown in GMS contract negotiations for 2013/14 has been covered fully online. It was also revealed that QOF achievement in England rose by 2.4% in 2011/12.

5. GP contract changes are 'not set in stone', minister says 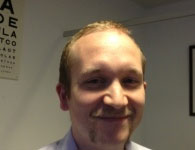 The arrival of November also means the start of Movember, for the uninitiated it’s moustache-growing for charity. (Hello, Galletly Medical Practice in Bourne, Lincolnshire) It's the craze that's sweeping the upper lip of a nation. Or something.

Are you growing a mo? If so, GP’s Movember correspondent Abi Rimmer (@Abi_Rimmer/ abi.rimmer@haymarket.com) would like to give you publicity. A shout out also to #weekinreview regular Surrey GP Dr Pete Deveson (@PeteDeveson) pictured, who writes: 'While I don't expect to muster more than ginger bumfluff in the next 30 days, I hope I can raise a bit of money for a good cause.'

@petedeveson hoping for regular photo updates. I'd join you but let's be honest, no one would notice apart from the Mrs.

Movember is underway & I'm going for it! Planning an RAF/Gomez Addams/Errol Flynn vibe. Check out why: uk.movember.com/about/benefici…

"@movemberuk: RT + Hashtag us #Day1Smooth with a photo of your clean shaven upper lip. Get to it #MoBros..." #GetInvolved + raise awareness

When GP agreed to carry a picture of MPs attending a flu jab clinic, little did we realise it would be quite so bereft of clothes. Especially in this weather. A warm #weekinreview welcome to recently appointed health minister and secondary care's Dr Dan Poulter. 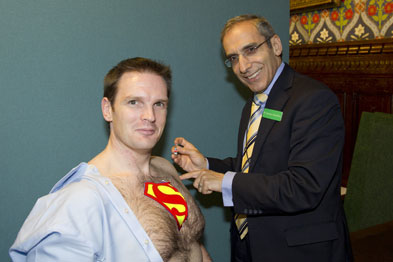