The attempted relief of acute and chronic pain due to musculoskeletal conditions, such as soft tissue injury, osteoarthritis (OA), back pain and inflammatory synovitis, occupies a significant proportion of the workload in general practice.

While administration of simple analgesics and NSAIDs can be reassuring and effective, both groups of medicines are often accompanied by adverse effects, such as constipation and headache, with some analgesics, and dyspepsia and peptic ulceration with NSAIDs. These side-effects can result in non-adherence, limitation of dose or duration and, in some cases, lead to overt harm.

As a general rule, patients with musculoskeletal pain find that substances that derive from the ‘natural world’ that are reputed to ease pain and inflammation may be an attractive option.

Supplements such as fish oil, olive oil and omega 3/6 long chain fatty acids have traditionally been considered as antioxidants and anti-inflammatories.

Their use is undoubtedly widespread and their benefits may extend to effects on cholesterol, vitamin supplementation, memory and heart disease but good quality evidence to support their use in musculoskeletal disease is scarce. Intake of oily fish as part of a regular weekly diet has been shown in a retrospective observational study to decrease the likelihood of developing rheumatoid arthritis .1

Glucosamine was first marketed in the UK in 1988 and had become firmly established as the market leader in supplements for OA by the late 1990s. Glucosamine and chondroitin are often combined in the same supplement.

A number of initial studies suggested safety and efficacy of this combination supplement in OA pain relief at various sites.  In 2002, the first UK-based RCT of glucosamine sulphate in OA of the knee was published .2 While detecting that glucosamine use was associated with a strong placebo effect of 33%, the study failed to show any marked reduction in pain in patients taking glucosamine.

In perhaps the largest study in the US, the ‘Glucosamine/Chondroitin Arthritis Intervention Trial’ (GAIT), patients with mild to moderate OA did not respond to either glucosamine or chondroitin while a subset of patients with severe OA experienced some pain relief.3

In 2010 a Swiss group reported a further updated meta-analysis of studies of glucosamine and /or chondroitin in OA of the hip and knee.4  They concluded that, for the studies they had analysed, neither glucosamine nor chondroitin conferred any benefit in OA and urged authorities not to cover the cost of these preparations and not to prescribe them to new patients.

Roses and rosehip extract have a long history of medicinal use. The seeds and husks of fruit from a sub-species of Rosa Canina have been found to contain substances that include an anti-inflammatory galactolipid (known as GOPO) that is heat and light sensitive. It can only be fully preserved by extraction processes that operate at low temperatures and in low light levels. It is claimed that GOPO is an anti-inflammatory (reducing CRP levels in healthy volunteers) and that it leads to reduced chemotaxis in neutrophils.5

Claims of efficacy in symptom relief for musculoskeletal conditions are based on a number of good quality studies with sound methodology, performed with patients with OA or rheumatoid arthritis by researchers from Scandinavia and Germany.

Supplements containing GOPO have been shown to improve both inflammatory disease activity and patient reported functional outcome in rheumatoid arthritis,6 symptoms of pain and stiffness in OA,7 and acute exacerbations of chronic back pain.8

In a meta-analysis of trials of rosehip extracts of various types in OA published in 2008, the authors concluded that there was good evidence of efficacy for rosehip extracts.9  These claims have been supported and enhanced by the results of further studies since that meta-analysis.6

It is still unclear whether standard preparations of rosehip extract prepared under less stringent conditions share the same GOPO concentrations or indeed efficacy; no studies have been done with these other preparations.

Conventional analgesics and NSAIDs
There is some clinical evidence to support the efficacy (and probable safety) of a small number of nutritional supplements for symptom relief in OA, rheumatoid arthritis and musculoskeletal pain (for example, rosehip extracts). 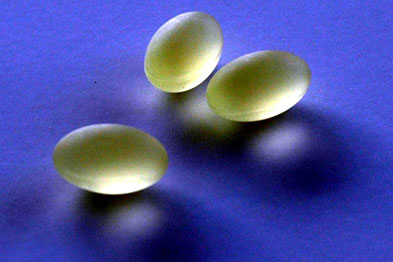 Cod liver oil capsules can be taken as a dietary supplement

With the available evidence and, if included as part of a self-management package for musculoskeletal pain, it is my belief that there is no justification for dietary supplements to be available on prescription. They should be available OTC with packaging reflecting reasonable claims for safety and efficacy and patients should use them for a trial period of three months.

Lifestyle advice
When consulted on possible supplement use, it would be reasonable for GPs to advise patients according to the available evidence, while suggesting that patients use supplements as complementary to more traditional medicines. Patients with musculoskeletal pain maximise their chances of relief if they also adhere to appropriate lifestyle advice, such as controlling excess body weight, taking aerobic exercise, strengthening muscles and caring for, and protecting, damaged joints during the activities of their daily life.