In England, the role of GPs in commissioning has been a high-profile issue since the DoH set out plans to put the profession at the heart of its NHS reforms.

Successive UK governments have expressed a desire for clinicians to be more involved in commissioning, and GP leaders have supported such ambitions.

But in Scotland, Northern Ireland and Wales, there are no plans to implement English-style reforms and in England hopes that the government's overhaul will boost GP input in service design are diminishing.

So how does GPs' role in commissioning compare across the UK's four countries, and who feels best off?

These primary care partnerships are sub-groups of the local commissioning group and are made up of one GP clinical lead and one pharmacist clinical lead. They do not currently have budget responsibility, but may do so in the future.

In Scotland, there is currently no GP commissioning, but the Scottish government is exploring options for introducing it and is expected to announce its plans at the end of the year.

GPC Scotland chairman Dr Dean Marshall says: 'The government appears to be interested in a form of commissioning, but not the same form they have in England.'

One option could be to place GPs at the head of community health partnerships, subcommittees of the 14 health boards that are currently responsible for designing local services.

Dr Marshall says: 'We have consistently said GPs are the ones who make the decisions, it is absolutely clear that GPs need to be leading these organisations.'

In Wales, there are no plans for GPs to be involved in directly commissioning care, but GP-led neighbourhood community networks provide feedback on service design to the seven local health boards across Wales.

In England, there are now 257 pathfinder clinical commissioning groups (CCGs) and many hold responsibility over devolved PCT budgets. But fears are rising that CCGs will have little of the freedom that enthusiastic GPs had hoped for. 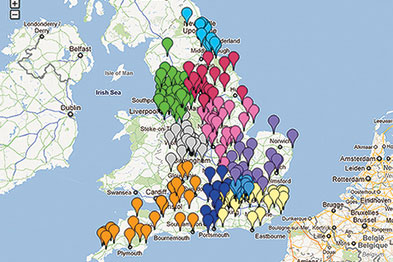 GP leaders also fear GPs in England could become scapegoats for cuts to NHS services. They envisage GPs being left to make the difficult decisions required to meet the £20 billion NHS efficiency savings target, without being any more engaged with commissioning than they were before the reforms.

Tight funding has put some of Northern Ireland's GPs off commissioning, Northern Ireland GPC chairman Dr Brian Dunn says. 'If you're going to make cuts they need to be the right cuts and if GPs can have some influence over what cuts are made then they should.'

GP leaders also argue a greater GP role in commissioning in England could have been achieved without the sweeping NHS reforms.


Optimism to opposition
GPC chairman Dr Laurence Buckman says initial optimism in England has turned to opposition as the details of the government's plans have become clear.

'When we first heard about GP commissioning we thought "this isn't a bad idea. We think this will work",' he says. 'Then we saw the legislation and thought "oh goodness, this is all about privatisation".'

Private sector involvement in the NHS in Wales has been discouraged and commissioning as it exists in England would be impossible in Wales because there is no split between purchasers and providers in healthcare. GPC Wales chairman Dr David Bailey says: 'We're comfortable that the ethos of the NHS in Wales is that of a public provider.'

In Wales, neighbourhood community networks have given GPs the opportunity to have their opinions heard and improve care. The network lead is always a practising GP who is appointed and paid by the local health board.

'We look at the way we might be able to improve services, such as care pathways, prescribing and referrals, and we feed that back into the local health boards,' Dr Bailey says.

'We think we could do it better here because we don't have the false market-based system that you have in England.'

Dr Marshall says he looked on at first with interest at the plans to introduce GP commissioning in England.

Read more from our Commissioning resource