Tributes have been paid to a GP who was an LMC secretary for over 20 years, represented the BMA and has an RCGP award for outstanding contributions to vocational training named after him.

Dr Robin Steel practised for 34 years as a GP in Worcester and died in June from Parkinson’s syndrome associated with Lewy Body dementia. He leaves his wife Kathleen, a son, two daughters and seven grandchildren. One daughter, Helen, a GP, is the fifth generation doctor in the family.

Dr Ryan Prince, RCGP Midland Faculty honorary secretary, said: ‘He was instrumental, with others, in the establishment of a department and chair in general practice at the University of Birmingham. Hitherto teaching in primary care was largely hospital-based and scarcely existed at all in medical schools.

‘Robin, believing that education in general practice must be provided by GPs, with characteristic initiative, set about launching a half-day release course for doctors in vocational training.

‘He called it an orientation course for general practice, it was the first in the West Midlands and a great success. When he retired in 1997, the RCGP Midland Faculty launched the ongoing Robin Steel award for outstanding contributions to vocational training, in recognition of Robin’s work in that field.’

Former RCGP chairman and NHS Future Forum chairman Professor Steve Field said: ‘He had great wisdom, was a mentor to me and others, he gave us time, wisdom and general advice on managing tricky situations, a wonderful man.’ 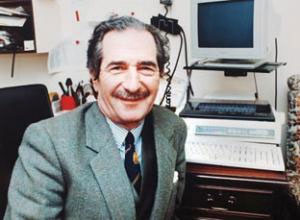 Under 40s to be offered alternative to AstraZeneca COVID-19 vaccine

Patients aged 30-39 will be offered an alternative to the Oxford/AstraZeneca COVID-19...

The number of fully-qualified, full-time equivalent (FTE) GPs per patient in England...

CQC inspections that ‘divert time away from patient care’ and ‘instil fear’ among...