Junior doctor strikes planned for Tuesday 1 December were called off at the last minute after more than two years of disagreements between the BMA and DH over a proposed contract overhaul. Below, GPonline's timeline looks at how the dispute evolved.

Junior doctors - including GP trainees - were until last night preparing to provide emergency cover only as part of 24-hour industrial action today over 'unfair' and 'unacceptable' proposals to reform the junior doctor contract, set to be imposed from April 2016.

This was to be followed by two full walkouts from 8am to 5pm on 8 December and 16 December. But the threat of strikes has been postponed until January after the government also agreed temporarily to lift its threat to impose a contract.

Below, GPonline looks at the major events that took junior doctors to the brink of their first strikes in 40 years - and which could yet lead to action if talks break down again. Click on parts of the image to read GPonline coverage of the dispute. 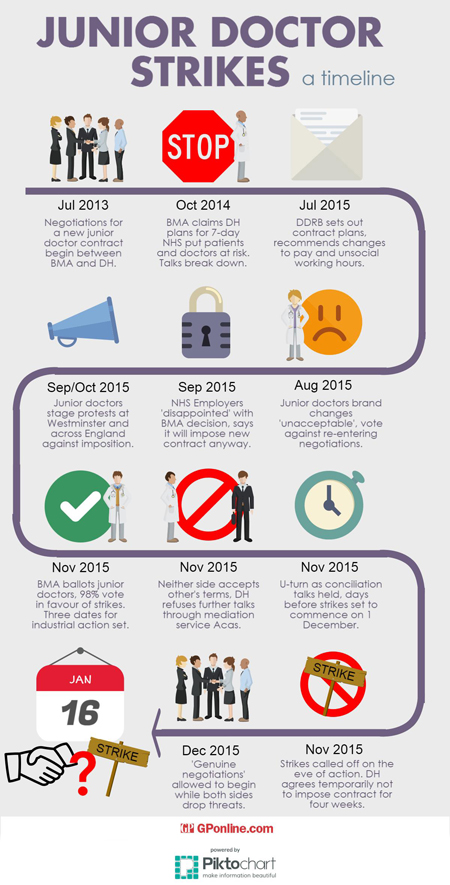 Podcast: How two GPs set up a business to advise doctors about finance