Care home populations are rising fast. Stephen Robinson assesses the case for a breakaway GP service to support them.

One solution may involve contracts for dedicated teams of GPs to care for these vulnerable patients.

Projects to test this model have sprung up across the UK in recent years and may offer commissioners a direct alternative to traditional dependence on the GMS contract or local enhanced service (LES) schemes.

GPs running these services can opt out of the distractions of QOF and, without typical patient lists, can spend far more time concentrating on the specific needs of elderly patients.

The ambition is to provide a higher quality and more consistent level of care across local care homes by promoting proactive case management and, therefore, avoiding costly hospital admissions.

If these early adopters can prove that the model works, it could fundamentally change how general practice cares for the most vulnerable elderly people in the community.

The case for change is unequivocal. In 2011, more than 400,000 people were living in care homes across England, equivalent to the population of Bristol.

Within 40 years, this is expected to rise to 825,000. Four in five care home patients have memory problems or dementia and many have several long-term conditions.

Yet the British Geriatrics Society (BGS) 2011 report, Quest for Quality, stated that healthcare for care home residents remained a 'Cinderella' service in the NHS.

No models of co-ordinated healthcare had been developed to meet the needs of care home residents, it found. 'Traditional general practice in many areas does not appear equipped or supported to fill this void,' it said.

Part of the problem is the great variety of healthcare arrangements for care home services. Some contract directly with local GP practices, some receive care through LESs, while many rely solely on standard GMS contracts.

The result has been patchy quality of service, leading to avoidable hospital admissions and poor continuity of care for patients.

Dr Eileen Burns, consultant geriatrician at The Leeds Teaching Hospitals NHS Trust and BGS spokeswoman, says there has been a lack of co-ordinated thinking about how to manage these patients.

'People in care homes have the highest level of care needs, not just nursing needs but medical as well, with a number of long-term conditions,' she says.

But, she adds, some in the NHS do not believe the health service should provide specialist care for patients in private care homes.

Professor Amanda Howe, honorary secretary of the RCGP, says a key problem is that GP workload is 'more challenging than ever'.

'That's part of the challenge, having enough people who can spend enough time with this complex, frail group to have those conversations with nursing support and carers. Time and capacity in the system is very important. What we've seen is too much (activity) in acute settings and not enough outside in the community.' 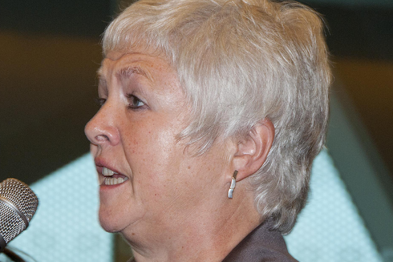 In the same year as the BGS report was published, the RCGP and the Health Foundation, a charity working to improve the quality of UK healthcare, established the independent Commission on Generalism to examine the role of GPs in healthcare.

Its report, published in 2011, found that care home residents unable to attend the GP surgery were often 'poorly served' by primary care.

It called for care homes to have 'dedicated GPs responsible for provision of medical services to their residents'. The commission noted that this model is used in the Netherlands, which has a specialism for nursing home physicians within generalist medicine.

Fledgling schemes along these lines had already been established in London, Salford, Glasgow and County Durham before 2011. Now a new project has been launched by Ealing CCG in London (see case study).

Local GP Dr Shanker Vijay, one of the project's architects at the CCG, believes a dedicated service is the best way to address these challenges.

He says: 'Generally, this is a cohort of patients with lots of needs, but with the standard GMS contract, it is difficult for the GP to meet those needs. If the GP has to cancel a three-hour clinic to visit a nursing home, there's a conundrum. GPs find it frustrating because of limited time.

'There are LESs where practices do additional levels of cover. But that doesn't usually fix it. There are the same constraints; GPs still trying to run normal practices.'

Dr Vijay says all care home patients should be able to access the same level of high-quality care, where the GP can be more responsive and offer care for more hours of the day.

The Ealing project will run for three years, when commissioners will decide whether to extend it.

Dr Vijay hopes the project can act as a precedent for other areas. 'If it works, you would hope more people would look at it,' he says.

Despite growing interest in dedicated GP contracts, Professor Howe says there is still a place for bolt-on LESs.

In 2012, the college published a case study of a successful care home LES in Sheffield as an example of good practice.

In a pilot scheme, residents in each local care home were encouraged to register with a paired GP practice. Named GPs held weekly surgeries in the homes, providing proactive care such as annual reviews, monthly analysis of emergency admissions and medication reviews twice a year.

The scheme has since been expanded to cover all 85 care and nursing homes in Sheffield.

Professor Howe believes there isn't a 'one size fits all' model that works for every area. 'We have to work with different models, as each area is different,' she says.

But whatever the model used, she says, GPs must remain at the heart of these patients' care.

'Commissioners must make sure they keep GPs really embedded in those service provisions. After all, which group needs this more?' 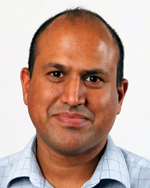 One CCG believes that dedicated GP services are the future for healthcare in care homes.

Ealing CCG in west London has just signed an innovative APMS deal for a local GP practice to care for up to 1,199 residents at 22 nursing homes across the borough.

Since July, The Argyle Surgery has offered proactive case management from 8am to 8pm, seven days a week, in parallel to managing its regular patient list.

In the next few months, all nursing home patients will be asked if they want to switch from their current GP to the new service.

The project began when the PCT at the time looked at how it could address rising levels of complexity and patient needs in nursing homes. An analysis of A&E admissions found that many could have been avoided with an enhanced primary care team.

Following consultation with practices, local care homes, providers and others, the contract was put out to tender and won by The Argyle Surgery.

As well as essential primary care, it will provide enhanced services such as medicines management reviews and urgent care, including on bank holidays. It will also offer additional services such as ambulatory BP monitoring, anticoagulation monitoring and oxygen saturation. It will operate out of two administrative hubs, while clinicians will work in mobile teams.

Dr Shanker Vijay, local GP and the CCG's clinical lead for the project, says it makes better use of specialist GP contracts. 'APMS contracts were never used enough. When you look at them, some are for extended hours or walk-in centres, but there are definitely cohorts who need specialist services, whether you're tackling young populations, asylum cases or ethnic minorities; needs which are totally different from the typical general practice mixture.'

The project will run for three years and its impact on non-elective admissions and prescribing will define whether the CCG extends it.