LIFTCos are 10 years old. Neil Roberts looks at their achievements and the future for GP premises.

But the Local Investment Finance Trust (LIFT) primary care premises programme, he believes, has done little to solve it.

To mark the 10th anniversary of the founding of the first LIFTCo - the local partnership firms set up to run LIFT projects - the Community Health Partnership (CHP), which runs the programme nationally, has published a report looking at LIFT's impact.

'LIFT and CHP have done some valuable work,' says Dr Holden, 'but it became the only way to do premises. And it's geographically specific. Only about 7.5% of practices have access to it. The government has to do better.'

Founded as Partnerships for Health, CHP is the public private partnership (PPP) joint venture set up to oversee investments. It holds a 20% share in each local LIFTCo. Since the demise of PCTs in April, CHP is also now head tenant in the 314 buildings put up under LIFT (see examples, right).

CHP says about £2.2bn of capital has been invested in 872,000m2 of new floorspace for GPs and other health and social care providers, with 40% of all investment spent in the 10% most deprived communities.

LIFT, launched in 2000, aimed to provide a mechanism to attract private investment into primary care facilities, particularly in areas of social deprivation which, it was claimed, otherwise struggled to attract funding.

A recent report commissioned by CHP, says chief executive Dr Sue O'Connell, found one of the most important outcomes of LIFT was increased access to services for people in 'underprivileged communities'.

Additional space can be let to private sector tenants, such as pharmacies, to offset the higher costs associated with the buildings. GP tenants should benefit from lease plus agreements, drafted to be more advantageous to renters than standard commercial letting contracts.

James Atkins, a real estate lawyer at Capsticks who has represented NHS organisations and GPs in LIFT projects, says compared with PFI, the LIFT model PPP was designed to be more collaborative, promoting agreement and partnership between private investors and local health economies.

As well as establishing high quality, co-located services, Mr Atkins says, LIFT's goal was 'to increase investment in the health estate and carry out development in a manner which involved small and medium enterprises and was beneficial to the local economy'.

'In terms of building good quality, pleasant environments, it's been really good; moving GPs out of old residential buildings into new places where patients want to visit, which have been designed for the purpose. It has achieved that goal,' he adds.

For some GPs, however, the promised benefits never materialised. Chris Locke, chief executive at Nottinghamshire LMC, says GPs there were initially 'buoyed with enthusiasm' that the area would benefit from nine new LIFT buildings. 'But very rapidly, our opinions changed,' he adds.

In 2007 the LMC put together a 16-page report on LIFT, cataloguing GPs' criticisms of the process. It concluded that LIFT was 'far more expensive' than anticipated and had burdened the local health economy with debt.

The buildings, it said, showed no sign of being used to full capacity and were not as flexible or as green as promised. The cost to GP tenants, it found, was higher than expected, and the involvement of GPs in the design process was inadequate.

Mr Locke says: 'Lots of promises were made about how "we're going to design these buildings to suit your needs as a GP tenant and you will be able to influence this". But when it came to it, they didn't really get much influence.

'Some of these schemes were so expensive. Some of them so massive and over-specced, the actual cost per m2 is so high, some of them haven't been able to let the space they hoped to generate income from.'

He says one building had an empty floor for several years and is still not full to capacity.

Lynne Abbess leads the practitioner group at Hempsons law firm and is joint chairwoman of the Primary Care Premises Forum. She says she was never a fan of LIFT and her reasons have been borne out over time. 'It is a cumbersome and most importantly, expensive, way of delivering primary care premises,' she says.

Dr O'Connell stresses that every LIFT scheme is contractually obliged to demonstrate value for money.

A National Audit Office report in 2005 found that LIFT was an 'attractive' way to secure premises which offered value for money and advantages over alternatives.

But, argues Ms Abbess, the existing mechanisms could have delivered the same numbers and same quality of premises. 'You are not getting significantly better premises under LIFT,' she explains, pointing out the examples of equally sophisticated new buildings funded through third party developers (3PD) or by doctors themselves.

While there have been lots of new developments under LIFT, Ms Abbess acknowledges, 'that's not to say they wouldn't have happened anyway. And the fact these companies have monopolies now in these areas has precluded other types of development, because the PCTs have said they can't give contracts to 3PD or GP developers because they've already committed to LIFTCo.'

Dr Holden argues that as well as effective monopolies in their areas, LIFTCos have sucked up all the available money, leaving those GPs in areas not deemed worthy of LIFT investment with no options.

'Not only did it become a monopoly developer, which is fundamentally wrong and anticompetitive, they took the only money there was.

'And if you were in an area that was perceived as wealthy, no matter how outdated your premises were, you didn't get a look in,' he says.

Dr Holden adds: 'It doesn't matter whether you are in an area of deprivation or wealth. What matters is, are the premises fit for the job you do?

'For an NHS doctor, it doesn't matter whether you are in a deprived area, or the wealthiest place in the country, you can't change your prices. You have only one source of money.'

The most successful premises development scheme, according to Dr Holden, has been the 1966-95 cost-rent scheme.

'We can't adjust our profits to pay for a new scheme. There is no way we can be entrepreneurial, even if we wanted to be. So the alternative has to be a scheme like we used to have. But the truth is, the government doesn't want to pay.'

Dr Holden predicts the government's ambitions to shift care out of hospitals faces 'catastrophic failure' if the premises crisis is not addressed. But he suggests that has to come through an alternative model.

Dr O'Connell agrees there is still a 'job to be done' on premises. But she is positive about LIFT's future and sees the role of LIFTCos, in getting the best value from the NHS estate, as an increasingly important one in times of 'financial change'. 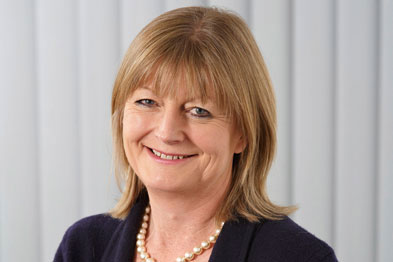 'More than 500 GP practices have been accommodated in new, purpose-built premises through the LIFT programme and they have benefited from raised standards of accommodation, additional capacity, co-location with other service providers and efficiency gains.

'Before the inception of the LIFT programme in 2001, there was enormous variability in the standard and scope of GP surgeries and primary care facilities across England and particularly in areas of greatest health need, where it had been so difficult to attract any capital investment.

'Over the past 10 years, significant progress has been made, with the creation of more than 300 health centres, providing more than 872,000m2 of new, purpose-built facilities for primary healthcare and community service providers.

'Working in partnership with a range of public and private sector partners, CHP and the LIFT programme have driven significant improvements in the quality of health service accommodation, enhancing working conditions and facilities for GPs.

'GPs can be as involved as they choose in the development of a LIFT scheme and some of the best schemes, such as Kentish Town in north London, have been where the GPs have played a key part in driving the development.

'The co-location of GPs and other service providers, including third sector support services, has enabled a more united service.'

GP careers: My life working as a remote GP

Dr Patrice Baptiste explains a typical day in her role as a remote GP and the advantages...

An average GP practice could face a financial hit of around £15,000 from the national...

Healthcare workers must be offered priority access to fuel to guarantee that vital...

GPs have warned that practice staff are struggling to get to work and are being forced...

The BMA has demanded 'clear public backing' for general practice from the government...