The UK's top statistics official has stepped into a political dispute over GP workforce data.

Chairman of the UK Statistics Authority, economist Sir Andrew Dilnot, has explained why the government says GP numbers have risen since it took office, while Labour insists they have fallen.

In a letter to shadow health secretary Andy Burnham, apparently in response to an appeal for an intervention, Sir Andrew explained that both sides were using correct figures. But the two groups of politicians were measuring different things over different periods and describing the measure imprecisely, he said.

The prime minister and health secretary have claimed there are 1,000 more GPs under the current government, which Mr Burnham said was 'simply not true'. 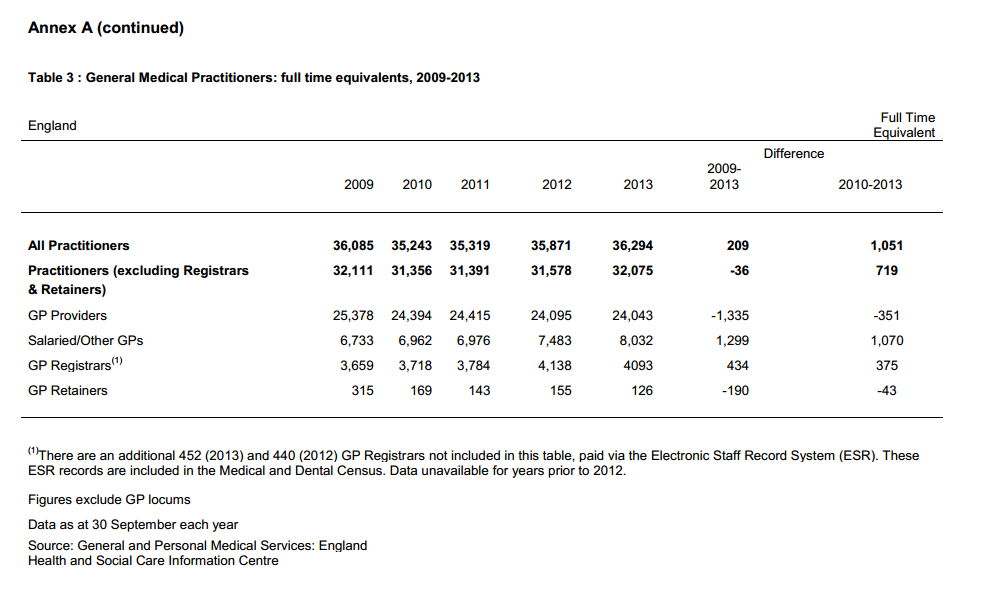 A key reason for the the stark contrast between the figures used by the parties appears to come from a dramatic fall in numbers between September 2009 and September 2010, a period which covers the general election held in May 2010.

Sir Andrew said: ‘Because numbers of GPs are collected as an annual snapshot as at end September, it is not possible to determine, from the published National Statistics, the number of GPs when the government came to power. A more precise way of describing changes since 2009 would be as "change from the position in September 2009, the latest available figures at the time of the general election", and changes since 2010 as "change from the position in September 2010, the most recent figures after the general election".

*Are you looking for GP Jobs?

Scrapping the partnership model and moving to a salaried service will not solve the...

The BMA has been told to organise the withdrawal of GP practices from PCNs by 2023...

Three in 10 doctors are worried about the repercussions of admitting to clinical...

Only 55% of Romney review recommendations on BMA sexism fully implemented

Only just over half of recommendations from the 2019 Romney review into sexism in...

GPs face pension tax penalties worth 'half their post-tax income'

Rapid swings in inflation could leave GPs facing pension tax penalties worth 'half...

The BMA is set to demand significant pay rises for all doctors to undo over a decade...