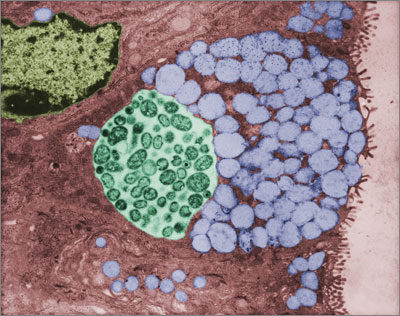 The prevalence of PID is difficult to calculate because it is often asymptomatic, and is therefore underdiagnosed, but it has been estimated that 1.7 per cent of primary care consultations made by women of reproductive age are related to PID.1

The economic burden of the condition on healthcare services is also considerable, mainly because of its long-term sequelae, numerous hospital admissions and the need for further complicated investigations.2

PID is usually caused by sexually transmitted organisms ascending from the vagina and cervix into the upper genital tract. Chlamydia trachomatis and Neisseria gonorrhoeae are well-recognised pathogens.

All sexually active women are at risk of PID, but particular risk factors include a young age, residence in an inner city, multiple sexual partners, sex with a new partner, insertion of an IUD within the past three weeks and a previous episode of PID.3,4

Women of African or African-Caribbean ethnicity also have a higher reported prevalence of the condition.1

Section 2: Diagnosis
Early diagnosis and treatment of PID will reduce the risk of long-term complications, with a delay of three days in starting therapy resulting in a threefold increased risk of impaired fertility.5

However, in the absence of a low-cost, simple and accurate diagnostic test, confirming a diagnosis of PID can be difficult. The clinical features alone (see box) lack both sensitivity and specificity.6 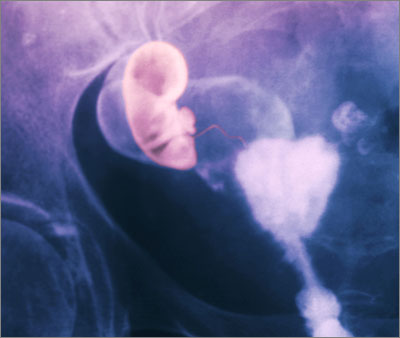 Complications
The chronic complications associated with the condition occur as a result of tubal damage and scarring caused by the infectious process.

Infertility as a result of tubal occlusion has been reported in 8 per cent of women after a single episode of PID and in up to 40 per cent after three or more episodes. The rate of tubal-related infertility increases approximately twofold after each episode of PID.7

Ectopic pregnancies have been estimated to be six times more likely in women who have had PID than in those who have not, and chronic pelvic pain has been identified in 40 per cent of women after resolution of the acute episode.8

The recommended investigations are outlined in the box. Pelvic ultrasound or laparoscopy may be required if a pelvic abscess is suspected, if there is clinically severe disease that fails to respond to oral therapy, or if other diagnoses cannot be excluded.

Section 3: Management
Prompt management is vital, so a low threshold for empirical treatment is recommended and overtreatment is acceptable because of the low risks associated with antibiotic therapy.

Treatment involves administration of broad-spectrum antibiotics to cover the range of micro-organisms that can be responsible for PID (see box OUTPATIENT TREATMENT OF PID).

In deciding on an antibiotic regimen, a number of factors should be considered, including local resistance patterns to antibiotics, patient preference, severity of disease and the cost of treatment.

A cephalosporin regimen should be used if there is a high risk of gonococcal PID (for example, the patient's partner is known to have gonorrhoea or there is clinically severe disease), because quinolone resistance is now common in the UK.

Metronidazole is used in the treatment of PID because it is effective against anaerobes, which are of greater importance in severe disease. If a patient with mild disease taking ofloxacin plus metronidazole finds it difficult to adhere to metronidazole, it can be discontinued.6

Intrauterine devices
Until recently, there was limited evidence concerning the best approach in patients who present with symptoms of PID and have an IUD in situ.

A recent trial has suggested that removal of the IUD in mild-to-moderate PID may have significant benefits in the short term.10 However, the decision on whether to remove the device needs to be balanced against the risk of pregnancy. It is also unclear whether removing the IUD in this situation will reduce the risk of infertility or chronic pelvic pain in the longer term.

If a pelvic abscess is suspected, drainage via ultrasound or laparoscopy may be required.

Although PID is uncommon in pregnancy, its consequences are more significant for both the mother and the fetus, and it should therefore be managed by an experienced obstetrician using parenteral antibiotics, which are safe in pregnancy.

For patients with moderate or severe disease, follow up after 72 hours is recommended.6 At this stage, there should be substantial improvement in the clinical signs and symptoms.

If this is not the case, the patient may warrant further investigation, admission for IV therapy or for a surgical assessment.

Section 4: Follow up and contact tracing
For patients with moderate or severe disease a follow up at 72 hours is recommended.6 At this stage, there should be substantial improvement in clinical signs and symptoms.

All patients should be followed up at about four weeks to ensure clinical resolution and that their partners have been treated, and to review compliance with oral antibiotics.

This appointment can also be used to increase patients' understanding of PID and its sequelae, as well as providing general sexual health advice.

STI screening
There is generally no need to re-test for gonorrhoea and chlamydia unless symptoms persist, antibiotic resistance is detected or compliance with treatment has been a problem.

It would also be appropriate to repeat STI screening if the sexual history suggests that the patient may have been re-exposed to infection following unprotected intercourse.

As with all STIs, current male partners of women with PID should be contacted and offered health advice and a full sexual health screen.6 Ideally, contacts within the six months before the onset of symptoms should also be traced.

All contacts should be empirically treated for chlamydia. Gonorrhoea should be treated if it has been diagnosed in the index case or male partner.

1. Simms I, Rogers P, Charlett A. The rate of diagnosis and demography of pelvic inflammatory disease in general practice: England and Wales. Int J STD AIDS 1999; 10: 448-51.

The RCGP and the Royal Pharmaceutical Society have called on GP practices and community...

GP appointments have risen rapidly in recent weeks as schools returned, according...

Medical training and the future NHS workforce could be seriously damaged by the financial...