Chronic abdominal pain is a common cause of parental concern, childhood morbidity, time off school and hospital referral.

Yet with careful history taking and examination, and if the symptoms are typical of functional abdominal pain, many referrals can be avoided, and the child and parents reassured.

A child with functional abdominal pain will provide a typical history of continuous, persistent pain over a period of months. The pain may wax and wane, with some days better than others. 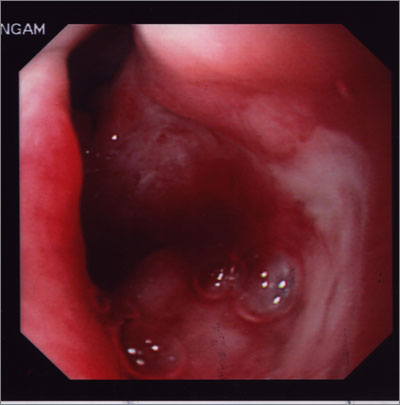 Red flags
The consultation with the child and parent is an opportunity to identify whether the pain has any features to suggest a significant organic cause. Red flags (see box) may steer the GP towards a more serious/organic diagnosis.

Presence of these symptoms must lead to further investigations or swift referral.

In the absence of red flags, the physician can concentrate on whether the symptoms meet the Rome II criteria of functional abdominal pain. For ease, it is often worth categorising the pain into one of these functional bowel disorders (see box).

Investigations
Children with epigastric symptoms may require an upper endoscopy before a diagnosis of functional dyspepsia is assumed. Similarly, those with IBS may require IBD to be excluded first.

Urine samples should only be taken if there are symptoms to suggest an acute UTI (e.g. dysuria and frequency).Those children old enough to describe recurrent abdominal pain should be able to describe dysuria if they have a UTI.

Children with red flags may require assessment for IBD - either by referral to a hospital specialist or by investigation.

The most discriminating blood investigations are inflammatory markers including raised platelet count, anaemia, hypoalbuminaemia, or raised CRP or ESR.

However, many children with colitis have normal investigations and if the history is suggestive of IBD, then the child should be referred even if the blood investigations are normal.

Endoscopy is the investigation of choice in a hospital setting.

Epigastric pain
In those children with principally epigastric symptoms, duodenal ulcer disease should be considered. The investigation of choice in this setting is gastroscopy, which often necessitates a general anaesthetic.

If the epigastric symptoms are mild, variable and there is no family history of duodenal ulcer disease, then one option is to offer a trial of H2-receptor antagonists, especially in the older child. If the symptoms fail to settle on this regimen, or recur after stopping treatment, then a gastroscopy is required.

Measuring helicobacter antibodies is often unhelpful and misleading - the investigation lacks specificity and there is much published data to suggest that presence of helicobacter alone does not cause abdominal pain unless it progresses to either ulcer disease or gastritis.

Similarly, constipation should not cause recurrent abdominal pain. It is often associated with functional abdominal pain but the two conditions probably share a common aetiology: dysmotility.

Treating recurrent pain
If the cause of the pain appears to be anything other than functional abdominal pain, then the cause must be ascertained and the choice of treatment depends on the diagnosis.

Children with IBD need investigations and the therapy depends on the type of IBD. Patients with Crohn's disease are treated with courses of enteral nutrition, or steroids and other immunosuppressants.

Children with ulcerative colitis will need courses of steroids and steroid-sparing agents such as azathioprine.

Peptic ulcer disease confirmed at gastroscopy necessitates eradication of helicobacter, and a two-week course of a proton pump inhibitor.

If the child appears to have functional abdominal pain, then much of the treatment depends on sharing the benign aspects of the condition and establishing a physician-patient-family relationship.

Alleviating symptoms is the main goal, with opportunities to revisit the diagnosis if fresh symptoms arise. There is no specific universally effective therapy for functional symptoms.

Reassure the patient and acknowledge that the symptoms are real, explain the nature of the problem, re-establish normal daily life and avoid reinforcing the symptoms.

Antidiarrhoeal preparations such as loperamide, or antispasmodics such as hyoscine may be of use in IBS. Serotonin re-uptake inhibitors or serotonin receptor antagonists may be used with caution.

There is increased interest in 5-HT3 antagonists and 5-HT4 agonists. For functional dyspepsia, trial H2-receptor antagonists or PPIs for eight weeks but if it fails or symptoms recur, consider gastroscopy.

Finally, consider alternative and complementary therapy and probiotics, if appropriate.