What part can GPs play in dealing with the UK's obesity crisis, asks Stephen Robinson.

As the UK faces a bleak outlook on rising rates of child and adult obesity, demands are growing for primary care to do more to prevent this forecast becoming a reality.

The damning 2007 Foresight report, Tackling Obesities: Future Choices, predicted that by 2050, more than half of all UK adults could be obese, with annual costs rising to £50bn.

Fast-forward seven years and a report by the National Obesity Forum (NOF) in January claimed the situation is now arguably worse, warning that on current trends, the UK may feel 'fortunate' if only 50% of us are obese within four decades.

Primary care is increasingly highlighted as an opportunity to intervene to prevent the rise in conditions such as type 2 diabetes and liver disease fuelled by the surge in obesity.

But amid increasing GP workload, what part should, and can, GPs play to prevent these dire warnings from coming true?

The NOF report, State of the Nation's Waistline, said that GPs are in an ideal position to offer advice on weight loss, but are reluctant to do so for fear of causing embarrassment or offence.

This prevents them from opportunistically engaging patients about this problem, it said.

The NOF wants to see better training on obesity and weight management for all primary healthcare professionals. But it has also called for obesity management to be incentivised through new QOF indicators (see box below).

The NOF says the only current obesity measure in the QOF - keeping a register of obese patients - is counterproductive because it in effect penalises GPs for helping patients to lose weight and removing them from the register.

Last year, NICE even advised NHS England to scrap this measure, saying it was 'a poor indicator that does not incentivise case finding'.

Speaking at the launch of the NOF report last month, its chairman, Hertfordshire GP Professor David Haslam, said the situation was unacceptable. 'GPs are, at the moment, unincentivised. They receive a pathetic amount of (QOF) points for registering patients.

'Treating obesity is very time- consuming and expensive. On average, drugs for patients with a BMI of 20 cost £8 per person, per year; for obese patients the cost is £64 - eight times more.'

Dr Rachel Pryke, a GP in Worcestershire and RCGP clinical champion for nutrition for health, told a Westminster Food and Nutrition Forum event last month that GPs are 'fire fighting' against the effects of obesity.

'In general practice, our big focus on obesity is not managing the obesity, it's just trying to fire fight with all the illness that presents and that we're currently incentivised to focus on.'

But she is not optimistic about seeing new QOF indicators for obesity management any time soon, owing to the significant reduction in the size of the framework and the removal of several public health indicators from this April.

She said: 'I think this is probably one of the real issues - what mechanism are we going to look at instead of QOF, to try to maintain some of this existing work? Because at the moment, I think we are going to see a reduction in engagement as opposed to an improvement, unless we can really look at some of these things. There is going to be a perception that in fact, it just isn't our job.'

With new QOF indicators not forthcoming, Dr Pryke advocates better obesity management training for GPs and a closer focus on how to implement the NICE best practice guidance.

But what can GPs do for patients who need not just advice or referral to a weight-loss programme, but specialist treatment for severe obesity?

Experts say that access to 'tier 3' specialist obesity services, to which GPs can refer such patients, has become extremely patchy following the handover of public health to local authorities in April 2013.

However, access to tier 4 depends on patients' ability to enter tier 3 - which has become problematic since last year.

'What's worse, when you try to put a finger on whose responsibility it is, local authorities think that's more health orientated and CCGs say: "Sorry, the budget went with public health." In some areas, not only have people not been able to get the benefit of tier 3, they can't access surgery and tier 4 either.'

There is hope that this problem may be resolved soon, with a report from NHS England to clarify commissioning responsibilities due to be published imminently.

Such problems upstream will need to be addressed if GPs are to have confidence referring to these services to help manage patients' obesity and reduce their risk of comorbid diseases.

With major commissioning challenges remaining and little sign of a change in the QOF, building momentum around proactive obesity care in general practice remains very much a work in progress. 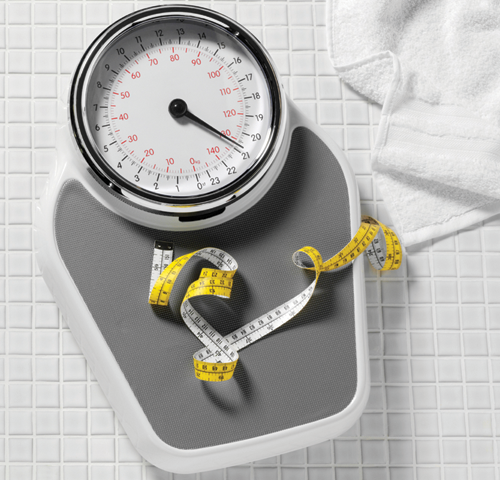 The National Obesity Forum (NOF) says there is a 'strong argument' for introducing QOF indicators to provide advice on weight management and support, including referral to community weight management programmes. In its January report, the forum said: 'Such an indicator, combined with access to the appropriate weight management services, would help prevent the onset of complications from obesity, such as heart disease ... and type 2 diabetes, as well as an increased risk of stroke and some cancers.'

The move is backed by the Academy of Medical Royal Colleges, which also called on UK governments to invest a further £100m in improving access to weight management services.

But a previous attempt to introduce this obesity indicator into the QOF failed. In June 2011, NICE's independent QOF advisory committee rejected the proposal, saying it needed more evidence that such interventions were sufficiently cost-effective in the longer term.

At present, NICE has no published plans to re-examine obesity QOF indicators. However, with evidence mounting for the health and economic benefits of weight management programmes and bariatric surgery, it may not be long before it is forced to return to this area.

More than one in five GPs have had COVID-19, poll suggests

More than one in five GPs may have had COVID-19, according to a BMA survey that shows...

Over half of GP partners believe primary care networks (PCNs) will have a positive...

Primary care networks (PCNs) must not be forced to wait until 2021 to recruit mental...

MIMS Learning has a range of free resources for healthcare professionals helping...

As many as 1,000 GPs may have quit locum work to take up salaried positions since...

NHS chiefs have added 'nurse associates' to the list of roles PCNs can hire this...