Women are under-represented in the profession's top jobs. Marina Soteriou finds out why.

'Women are under-represented and I am not proud of that,' says GPC chairman Dr Laurence Buckman. 'The fact is that women are not as attracted to doing this work as men.'

Not everyone will agree that women are not attracted to the top jobs in medicopolitics and general practice, but almost everyone admits they are under-represented.

The GPC has been led by an all-male negotiating team since Dr Beth McCarron-Nash lost her seat in July. Shortly afterwards, Dr Fay Wilson lost out in her bid to become deputy chairwoman of the BMA council.

Representation of women is an issue that will grow in significance in line with changing demographics in the profession. There has been a 66% rise in the number of female GPs in the past decade, and 62% of England's GP registrars are women.

Poor representation of women has become embarrassing for the GPC, says GPC and BMA council member Dr Wilson. 'There is quite an anxiety on the GPC about how it appears. It starts undermining your work - there are no female negotiators, and that lacks credibility.'

For Dr Buckman, however, this is going too far. 'I wouldn't say we were embarrassed by it. I don't just represent single-handed, balding, ageing men in Finchley.

'There are a lot of women on the GPC, but fewer than in the GP population. There are women in influential positions on the committees. It is the best it has ever been, but it is not good enough.'

Dr Buckman says the BMA takes representation seriously, and points to the creation, more than a decade ago, of its equality and diversity committee.

Chaired by Glasgow GP Dr Georgina Brown, the committee monitors the involvement of women and minority groups across the BMA and encourages people to stand for committee roles, a stepping stone to senior BMA posts.

'We can't force people to stand, but what we can do is to show people who are thinking of standing what people do on a committee,' says Dr Brown. 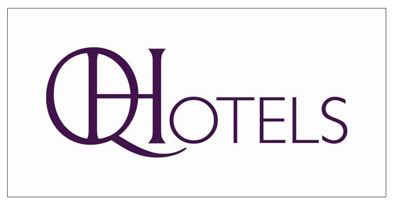 More women would be attracted to committee work if they knew that they could job-share, she says. This happens on several BMA committees.

It is 'a fact of nature' that women usually have more childcare responsibilities than men, she says, but this flexibility has helped women.

Dr Brown says the BMA is embracing technology such as video conferencing so that committee members spend less time travelling to London.

Change may need to come from the ground up. GPC negotiators are voted into post by GPC members, and the all-male top team may reflect the 79% male electorate. GPC members are chosen by LMCs, which may reflect the views of practices in which 61% of partners are men.

Delegates at this year's LMC conference in Liverpool broadly reflected the gender balance in the GPC - roughly a fifth were women.

Among them was Hertfordshire LMC's Dr Sarah Khan, who says women need to become better at networking to reach senior roles. 'Men have been networking successfully for years and women need to realise the benefits of this.'

Cambridge GP Dr Fiona Cornish, president of the Medical Women's Federation (MWF), agrees. The MWF encourages women to take on leadership roles by creating networking opportunities and co-opting them on to RCGP and BMA committees.

But she rejects the idea of positive discrimination. 'No one wants to be the token woman. All you can do is encourage women, by things like networking and mentoring.'

Professor Gerada says women have risen to the top because the college allows 'talent to blossom'. The proportion of women on its council has risen from 25% to 31% since 2007.

Dr Wilson, however, says that this may be no more than a 'happy coincidence'.

Some GPs believe the emergence of clinical commissioning groups (CCGs) could offer women new opportunities to take on senior roles.

Dr Sam Barrell, the chief clinical officer at South Devon and Torbay CCG, says lower-level work in the groups can be 'fun and interesting'. But she adds: 'If you count the number of GPs we have, roughly half are female, but they tend to be in less senior roles. Many could have applied, because they are really capable. Women need targeting and personal development.'

Ultimately, though, Bedfordshire LMC chairwoman Dr Una Duffy argues, women are being held back by the same problems troubling the profession as a whole - a toxic mix of pay freezes and rising workload. 'We are running on goodwill, giving up our half-days and coming in earlier just to keep this running,' she says.

On this analysis, standing up for the profession may be the best thing its leaders can do to help women. Whatever they do, they must act or risk alienating the next, largely female, generation of GPs.

Politics is cruel. I never feel that I am at the top. I have a secure base - family, home, work. Then, whatever happens, you can retreat to it and it allows you to take risks, work hard and enter the hurly-burly of public life.

It is difficult to know whether I am lucky or if I have created these opportunities for myself. I recognise that women in general need some sort of support, for example, tailored coaching or bespoke networking.

There needs to be a critical mass of women before women can make a difference. Sometimes women don't want to do it. They don't want to sit in a room full of men.