NHS England could be forced to widen financial support for practices facing MPIG cuts, after GPs in London said their losses were underestimated.

One east London practice said NHS England used incorrect figures in deciding the practice did not qualify for bailout funding awarded to those hit hardest by correction factor withdrawal.

Partners at Limehouse Practice in Tower Hamlets, east London, have told NHS England the practice faces closure after being denied support to cope with MPIG losses. The case is now under review by NHS England London.

Local GP leaders said many more practices could be affected, and face bigger losses than they were led to believe by NHS England. Two other practices in Tower Hamlets have successfully challenged NHS England’s calculations.

NHS England is understood to have accepted that at least one practice initially denied an MPIG bailout could be eligible, following a challenge to the financial calculations.

Chairwoman of Tower Hamlets LMC Dr Jackie Applebee (see below)said these practices were ‘the tip of the iceberg’ and NHS England and the government would have to find another solution to support practices facing heavy funding cuts.

The MPIG support package agreed by NHS England after widespread protests offers practices a two-year reprieve on funding cuts, through top-up payments made under section 96 of the 2006 NHS Act.

The package was made available only to ‘outlier’ practices facing losses of £3 per patient per year in deprived areas. Just 17 of 98 identified outliers were initially offered support.

Questions over NHS England’s calculations could mean many more practices should have been classed as outliers or offered a bailout.

NHS England told the practice it faces losses of £2.29 per patient. But the practice said that was based on incorrect figures for its global sum, MPIG, QOF, seniority and list size.

Calculations made locally suggest the practice actually faces losses of £4.12 in year one, and a cumulative year-on-year loss of £3.41 per patient over the seven-year MPIG withdrawal, 23% of its overall income.

It calculated a total loss of £638,657 after seven years, and has already seen partners’ share of profits fall by almost 20% last year.

The practice complained that NHS England’s calculations failed to take account of the cumulative effect of the MPIG loss over the seven years, instead dividing the MPIG by seven to give its annual loss figure. Additionally, NHS England assumed a 10% increase in the practice’s list
size without taking account of the additional costs associated with more patients.

In an extraordinary admission, NHS England said its analysis, used to determine whether practices qualify for financial support, was ‘designed to be indicative only and not a definitive analysis of practice level income’. The analysis used ‘the best available data’, it said.

Limehouse practice manager Warwick Young called that response ‘insulting’. ‘It is not taking this
seriously,’ he said. ‘This points to it not having properly looked at it at a practice level.’

Dr Vautrey said the GPC has always argued that many practices not identified by NHS England as outliers required support.

He added that NHS England was passing the buck by handing GP commissioning to CCGs, but that local commissioning groups should be able to level up funding for practices affected by cuts.

A spokeswoman for NHS England London said: ‘While NHS England will not comment on individual cases, it’s important to note that we are applying a consistent approach by using the same funding model across London.

‘We are confident that all practices in London now have the correct funding information.’ 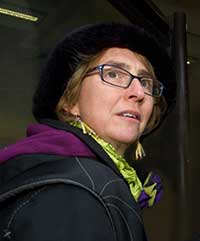 ‘Whenever anyone looks at their finances, they realise their calculations are vastly different from NHS England’s.

‘Two Tower Hamlets practices have got NHS England to concaede their calculations were not robust. They are losing far more than NHS England said.

‘Now Limehouse Practice has looked into it and it is losing far, far more than NHS England led it to believe.

‘NHS England is in a difficult position. Its officials have been told to make efficiency savings, and they are just doing their job. At the end of the day, the responsibility goes to health secretary Jeremy Hunt. There is going to have to be another solution.’