NHS 111 providers that fail to involve GPs in triaging patients could drive up workload for other urgent-care services, including primary care out-of-hours, experts have warned.

The concerns over GP involvement in NHS 111 follow an analysis by GP that found that GP-led providers had won just 15% of contracts awarded to date for the service.

The concerns are just the latest in a long list raised by GP leaders, and demonstrate the size of the task GP commissioners face to develop the service during 2013.

NHS 111, the non-urgent telephone line being rolled out by the DH as a lower-priority alternative to phoning 999, was due to be in place across England by April 2013.

But in June this year, the DH extended the deadline by six months after feedback from clinical commissioning groups (CCGs) suggested they needed more time.

The delay also came after GPC warnings that NHS 111 services could divert much-needed funding from primary care out-of-hours services, and warnings that the service could drive up GPs' in-hours workload and undermine patient care.

The latest warning comes from John Horrocks, chief executive of Urgent Health UK, a federation of social enterprise unscheduled primary care providers. Mr Horrocks says the amount of new work NHS 111 will create in urgent care must not be underestimated.

'It's not as efficient at capturing demand as the old out-of-hours system that involved being able to talk to a GP,' he says. 'Taking out the GP increases the risk of higher A&E attendances and ambulance call-outs.'

Mr Horrocks says GP out-of-hours providers who do not add NHS 111 contracts to their portfolio will be left providing a 'see-and-treat service' on a reduced budget while demand rises.

'There is an overall cost pressure - contracts are being cut, while demand, we think, will be much higher,' he says. 'Commissioners need to be aware that this is a time bomb.'

Despite the six-month deferral of the deadline for rolling out NHS 111, at least 27 areas have already chosen a preferred provider. Just four have chosen GP-led organisations. A further one chose a GP-led organisation as part of a partnership.

The GPC has said NHS 111 should not be rolled out before a report on NHS 111 pilot sites by researchers at Sheffield University has been published, and has said its greatest fear over the service is that it could destabilise existing providers.

Shropshire LMC chairwoman Dr Mary McCarthy has seen the report, and told GP in June that its findings suggested NHS 111 would drive up GP appointments, A&E attendance and ambulance call-outs.

She says: 'We are concerned that the evaluation of the pilots has not yet been published.' 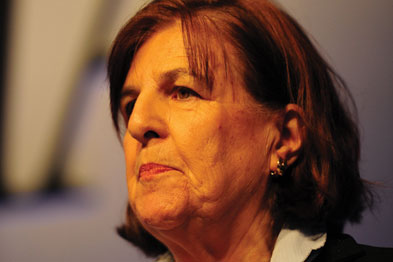 Dr McCarthy voiced concerns that Shropshire's GP out-of-hours provider Shropdoc could suffer after losing out to NHS Direct in a bid to provide the area's NHS 111 service.

'Triage money for our current out-of-hours service may be diverted to NHS Direct, which has the potential to make Shropdoc financially unstable,' she says.

GP leaders in other areas have reported successes where GP-led organisations run out-of-hours and NHS 111.

'So far, the integrated system is working really well and patient satisfaction is high,' he says. But Dr Grenville fears for the future of DHU if it fails to win an NHS 111 contract.

CCGs face an already heavy workload to prepare for authorisation in April 2013. Handling the roll-out of a service that could affect so many other parts of the NHS at the same time may be tough, but GP commissioners cannot ignore the need to get involved.