GPs now face a double dose of regulation in 2013, with CQC visits and the long-awaited start of revalidation.

GPs in years to come will look back at 2012 as the year when the groundwork was laid for two landmark changes to regulation of the profession.

On 19 October, health secretary Jeremy Hunt gave his approval for revalidation to begin.

Meanwhile, from April 2013, GP practices will have to register with the CQC to remain eligible to hold a GP contract.

From 3 December, senior doctors, such as BMA and LMC leaders and GP appraisers, began their revalidation appraisals.
By the end of January 2013 all GPs should have been notified of the date on which they will be revalidated.

Annual appraisal
Each UK doctor will have to undergo an annual appraisal, collect evidence and show they have reflected on CPD, quality and improvement activity, feedback from patients and colleagues and other matters.

GP reported this year on the BMA maintaining its opposition to revalidation because the government had failed to give guarantees on who would pay if doctors needed remediation.

But on 20 September, BMA leaders cautiously backed the process after the NHS Commissioning Board said it would fund remediation. However, criteria to define doctors’ eligibility for support have yet to be defined.

GP also reported this year on RCGP plans to appoint experts to advise responsible officers – the senior doctors who will oversee revalidation locally – to ensure the process is fair for GPs.

Despite fears that revalidation will be too bureaucratic, in an interview with GP in November, GMC chairman Dr Peter Rubin said he did not think it would significantly increase GP workload. Dr Rubin said he was confident the process was fit for purpose, although it wouldn’t catch a ‘psychopathic murderer’ like Harold Shipman. 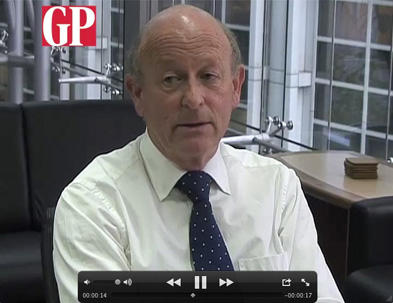 
MPs will be watching closely as revalidation takes shape. In December, the House of Commons health select committee warned it was only the ‘first step’ towards reassuring patients of doctors’ competence. Doctors everywhere will hope the committee’s view, that asking doctors to seek feedback every five years was not enough and the GMC should ‘consider setting a more challenging target’, will be swiftly forgotten.

As GPs adjust to the rigours of revalidation, they also face checks from the CQC. In September, a CQC consultation set out options that could see practices facing annual fees of £1,600 from 2014/15.

CQC inspections
In November, the CQC set out plans to inspect practices every two years, with 48 hours’ notice. Practices face checks on at least five of the 16 CQC core standards and in rare cases, could be checked on all 16.

Despite some GPs’ concerns about the plans, GPC chairman Dr Laurence Buckman said he was not concerned. Dr Buckman, whose practice took part in a CQC inspection pilot, described his inspection as a pleasant experience. ‘Nobody is going to be upset by it,’ he said.