Days before the Health Bill – now the Health Act – completed its passage through parliament, giant outsourcing firm Serco secured its status as preferred bidder for a £140m deal to run community services in Suffolk.

On 30 March, three days after the Bill gained royal assent, Virgin Care went one better and signed a contract worth £500m to take over the entire provider arm of NHS Surrey.

The deals took shape before the NHS reforms were set in stone, but their timing and scale left healthcare professionals asking if they mark the beginning of the end of the health service as we know it.

The last government’s decision to split NHS purchasing and provision was a key driver behind the trend, but senior GPs say the coalition’s Health Act will accelerate it.

GPC deputy chairman Dr Richard Vautrey says: ‘The Act will ensure there is more of this in future whether clinical commissioning groups (CCGs) like it or not. They are constrained by competition law – even if they want to favour local services they may be prevented from doing so.’

Dr Vautrey says the contract wins for Serco and Virgin show how tough it is for NHS providers or social enterprises to bid successfully against large private companies.

‘It’s not a level playing field. They may offer a good service, but they haven’t got the expertise in bidding for contracts.’

Among the bidders Virgin Care beat to its contract was Central Surrey Health Ltd, the NHS’s first social enterprise, ‘owned and run by the 700+ nurses and therapists it employs’.

The tendering process involved a price set in advance, with bids evaluated on ‘a scoring process against clearly defined outcomes’, NHS Surrey says.

Serco won its bid in Suffolk by achieving a good rating in a value for money evaluation. A spokesman for NHS Suffolk said: ‘A "cost per quality point" evaluation methodology was developed by PricewaterhouseCoopers to identify the bidder or bidders that provided the best quality at the best cost.’

This in itself is an interesting insight into NHS commissioning – an NHS contract won by a private firm, in a contest whose rules were set by another private company.

Staff will have protected NHS pensions and will continue on the ‘same terms and conditions’, NHS Surrey confirms.

Similar protection has been offered in Suffolk. In both areas, GPs were involved in the tendering process through emerging CCGs.

Suffolk LMC chief executive Geoff Reason says there is ‘no reason to think Serco won’t be a good provider’.

But he adds that a wide range of providers contracted to provide specific services in a competitive NHS may limit co-operation and collaboration and ultimately cost more at a time of financial constraint. 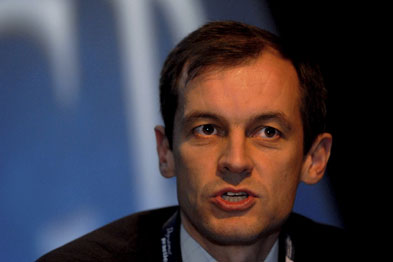 But a spokesman for NHS Suffolk said integration was at the ‘core of this contract’.

Asked whether awarding contracts to private firms could undermine integration, a spokeswoman for NHS Surrey said Virgin’s contract would be no different from that of an NHS provider.

A Virgin Care spokesman said: ‘We have a strong track record of working collaboratively with local health economies.’

Another factor causing concern for campaigners against private sector involvement in the NHS is that transparency of contracts awarded to companies is limited by commercial confidentiality.

Asked if the Serco bid was the cheapest, NHS Suffolk said that ‘commercial confidentiality does not permit us to divulge this information’.

Medical Practitioners’ Union president Dr Ron Singer said campaigners ‘are designing an ethical statement for CCGs to sign up to that includes refusing to contract with companies that claim commercial secrecy when public funds are involved’.

Dr Singer says the public will reject privately run NHS services: ‘Eventually there will be so many problems with privatisation of provision that we will face another disaster like with the railways.’

Allied to the ‘privatisation of commissioning’ functions, he warns this will compromise the integrity of the NHS.

Dr Vautrey also fears staffing levels will ultimately be cut under private providers seeking to make profits. Both NHS Surrey and NHS Suffolk, however, said the contracts were good news for staff.

Not all GPs see the need to fear private contractors. Surrey and Sussex LMC chief executive Dr Julius Parker said: ‘I don’t think there is a groundswell of concern. What GPs and patients are interested in is the quality of the services. I don’t have any reason to suspect that Virgin will be any less interested in that than any NHS provider.’

Whether a rail privatisation fiasco awaits or the fears will come to nothing, is difficult to prove either way. But if it does go wrong, there may be no easy way back.

Dr Vautrey says: ‘Once you let the genie out of the bottle, it is difficult to put back in again.’