Since the new GMS contract took effect in 2004, official data have charted the steady erosion of GP income after years of pay freezes and rising expenses. Nick Bostock reports.

Compared with their peak in 2005/6 after the QOF was introduced, partners' real-terms earnings across both GMS and PMS contracts were down almost a quarter by 2012/13.

These latest official data on GP income and expenses from the Health and Social Care Information Centre (HSCIC) confirm that years of pay freezes and rising expenses have eroded the financial boost the 2004 contract brought for general practice.

GPC member and Wessex LMCs chief executive Dr Nigel Watson says: 'The government was surprised when GP income rose more than it thought it would - GPs did better on QOF than expected. It has spent the past few years chipping away at that.'

Now, he says, the cuts have gone too far. 'It hasn't recognised workload has increased - we have rising workload and falling income. Why would new GP partners come into an environment like that?'

GP income and expenses reports provide a retrospective look at the financial picture for the profession, because of the time it takes to compile data from thousands of tax returns.

Given the absence of any further injections of cash since 2012/13 - the most recent year for which complete data are available - it is safe to assume that GP income is now back to pre-new GMS levels in real terms.

The decline has been steep. Since income peaked in 2005/6, GP partners' income fell by nearly a quarter in real terms in the following seven years, HSCIC data show (see graph). 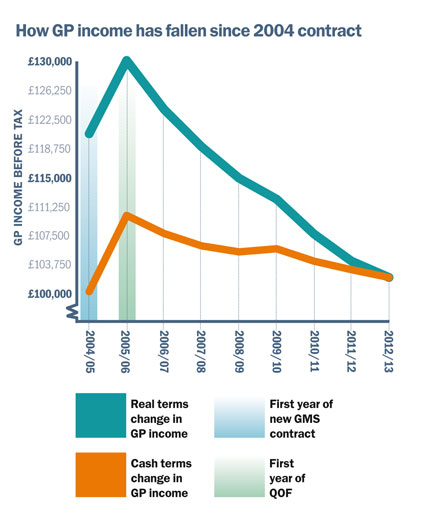 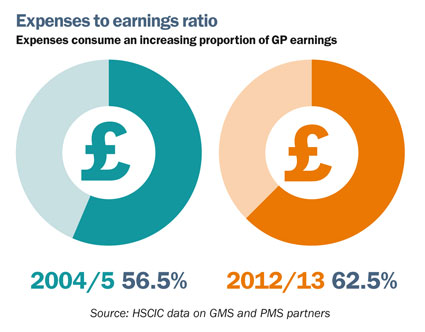 For GMS partners, the fall was fractionally steeper, with income down 23% in real terms from 2005/6.

Expenses, meanwhile, have risen in relation to practices' gross earnings every year since 2005/6.

'The problem for GPs is threefold - falling income, rising workload and rising expenditure,' he says. 'Everybody is offloading their costs on to general practice - CQC fees, medical defence insurance is going up.

General expenses, heating and lighting, wages are going up - expenses are not standing still.'

The data also reveal differences in income changes between UK countries, with the fastest drop in income between 2011/12 and 2012/13 coming for GP contractors in Wales.

Dr Watson says the different changes in income across the UK reflect the fact GPs now operate under 'four different contracts', and GPs in Scotland had benefited from 'productive discussions' with the Scottish government.

Dr Watson adds that he was not surprised to learn that GPs in south-west England earn less than anyone else in the country.

Variation in the past between GPs in different PCT areas was very wide, he says.

'We have been arguing for some time that our health economy is less well funded per patient than in other parts.'

Alarmingly, he warns that plans to phase out MPIG and PMS 'premium' funding are unlikely to reduce the gaps between practices. 'The figures can be diced and sliced in different ways,' he says.

Whether or not equity is moving any closer, income is on the slide for most practices and GPs are running out of ways to economise.

'For those who have stabilised it, they don't think they can work any harder,' says Dr Watson. 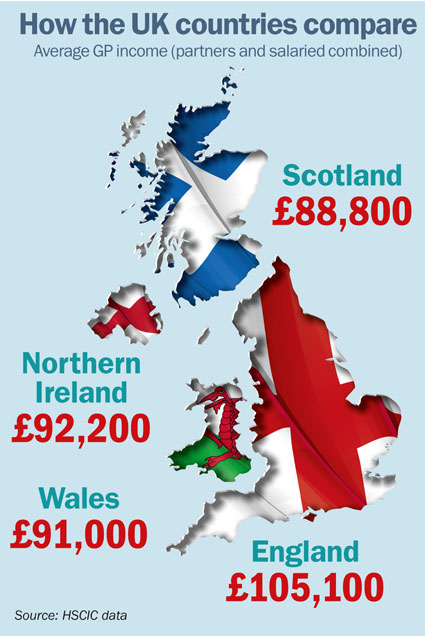 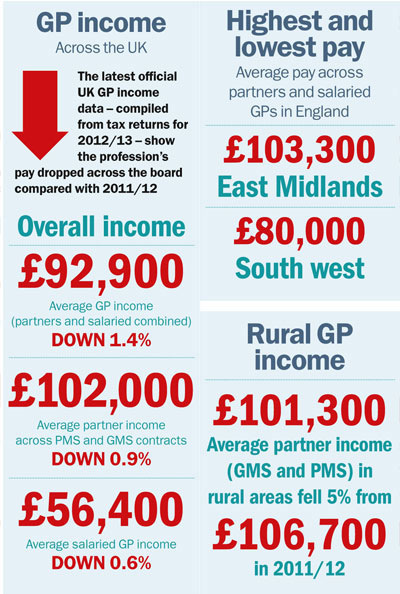