GPs should be incentivised through the QOF to detect liver disease cases to tackle the alarming rise in UK deaths from the disease, according to MPs.

A report by MPs published this week said liver disease deaths have risen by 40% since 2001.

They called for GPs to be incentivised to identify the condition through the QOF to pick up cases earlier.

GPs should use 'every opportunity' to screen their patients for symptoms and risk factors of the disease, they said.

The authors said there was an urgent need for action on liver disease following the government’s ‘persistent failure to develop a comprehensive approach’ to tackle the problem. 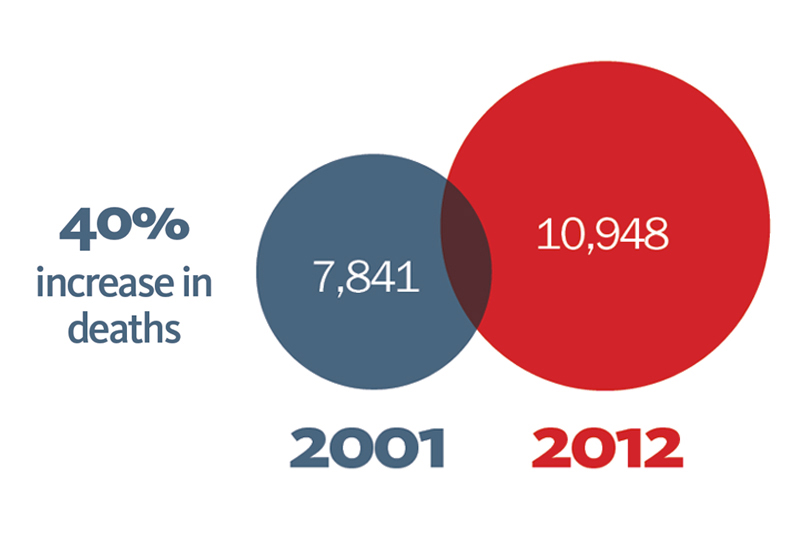 Among the 20 recommendations, the report said that liver function tests should be included as part of standard medical assessments alongside blood and urine tests, and should be piloted as part of the NHS Health Check programme for people over 40.

This should be followed with clear protocols for the next steps for people with abnormal liver function test results, so that GPs can ensure patients are correctly referred.

The report said: 'GPs should use every opportunity to screen their patients for liver disease, including conducting brief interventions for alcohol, offering blood borne virus testing if the patient has been at risk of infection, and testing obese and type 2 diabetes patients for signs of liver damage.'

The British Liver Trust said it supported the call to action, and described the state of liver disease in the UK as a ‘national scandal’. CEO Andrew Langford said: ‘More must be done to prevent, diagnose and treat the condition. We cannot sit by and allow so much needless suffering and death. Liver disease destroys lives and puts a significant financial burden on society. We need decisive action now.’

Liver disease is the fifth most common cause of death in England and numbers of deaths are rising.

The large increase since 2001 has been attributed to alcohol misuse, hepatitis C and rising obesity levels, all of which were described by the report as ‘preventable’ conditions.

David Amess MP (Con, Southend West), APPHG chair, said: ‘The launch of today’s inquiry report is a wake-up call for the nation. Liver disease is the only one of the UK’s top five causes of death where death rates continue to rise, and there is no national strategy to tackle this.

'Unless urgent and co-ordinated action is taken now, in less than a generation, liver disease has the potential to be the UK’s biggest killer.’

GPs currently offer liver function checks to patients with a new diagnosis of dementia under the DEM003 indicator.

Public Health England (PHE) has been unable to confirm if its report into how factors...

More than half of GP locums have experienced a significant fall in their income during...

GP practices will be able to register with the DHSC's new online PPE portal, which...

Fully-qualified GP workforce fell by 712 over the past year