Four GPs will take their place in the House of Commons for the next parliament, up one from the 2010 general election.

They will be joined in the next parliament by a further Conservative, Dr James Davies, who won a narrow 0.7% majority to oust Labour in the Vale of Clywd seat, in north-east Wales. 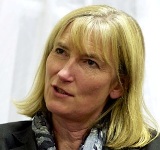 Dr Wollaston became an MP in 2010 after being selected as a candidate by local voters in the UK’s first ‘open primary’. Since 2014 she has chaired the influential House of Commons health select committee.

Now a backbencher, Dr Fox has been an MP since 1992. He was defence secretary for a year after the last general election, and is a former shadow health secretary.

Dr Lee stood for election in Blaenau Gwent, Wales, in 2005 before winning in Bracknell in 2010. He holds a number of posts on all-party parliamentary groups.

A councillor in Prestatyn for nine years, Dr Davies remains a practising GP. Born and raised locally, he has pledged to make tackling soaring unemployment his top priority.