What GPs need to know about the surge in paediatric cases and how to manage. By Dr Michael Carter and Dr Atul Gupta.

There is increasing parental and professional concern over outbreaks of pertussis (whooping cough) in children in the UK.1-4 In England and Wales, a surge in cases across all paediatric age groups has been associated with the death of nine infants already in 20125 and the DH has recently issued guidelines for the immunisation of women in the third trimester of pregnancy.6

Pertussis is a potentially severe syndrome caused almost uniformly by respiratory infection with the bacteria Bordetella pertussis. The clinical features range from prolonged coughing (>2 weeks) in adults and adolescents, to bronchopneumonia, or paroxysms of coughing and sudden 'whooping' inhalation in children. Fever is unusual.

Young infants (<3 months) are most at risk of complications and may present as an emergency with apnoea, cyanosis and encephalopathy.7

In England and Wales, immunisation against pertussis (since 1957) has enormously reduced the cyclical incidence of the disease, despite a hiatus in the 1970s and 1980s following scares over whole-cell pertussis vaccines.10

Post-immunisation and post-infection antibodies wane over four to 12 and four to 20 years, respectively,13 allowing cyclical peaks in incidence to develop as herd immunity attenuates.

Comparatively minor cyclical peaks of pertussis were noted in 2008 and 2011 by the UK Health Protection Agency; however, the recent large increase in incidence, particularly among adolescents, is well beyond expected fluctuation in the UK (see chart)2,3 and elsewhere.14 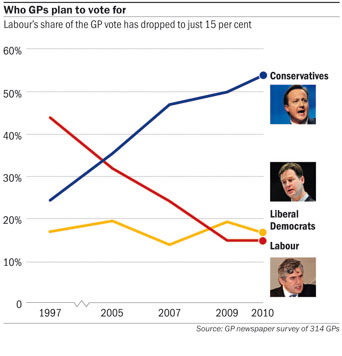 Apparent increases in incidence in adolescents aged more than 10 years may be due to increased serological testing, or as a result of waning post-immunisation or post-infection antibodies, or under-immunisation in the late 1990s to 2000s.

Disease in adolescents forms a reservoir for the infection of susceptible young infants. In association, 235 cases and nine deaths from pertussis in young infants have been notified up to August 2012, in comparison with 112 cases and five deaths in the entirety of 2008.2,5

What can be done?

In September 2012 the DH decided to offer pertussis booster immunisation (as DTaP-IPV) to women in the third trimester of pregnancy, following a review of the pertussis outbreak by the UK Joint Committee on Vaccination and Immunisation.5,6

Third-trimester maternal immunisation against pertussis will provide transplacental passage of antibody to B pertussis and cocoon the child and mother from potential pertussis infection.15,16

Moreover, third-trimester mothers are generally an accessible population for public health measures, while the long-established use of, and available data on, diphtheria, tetanus and pertussis vaccines in pregnancy raise no safety concerns.5

In addition, the importance of increasing the coverage of preschool boosters to prevent intra-sibling transmission of pertussis must be emphasised, and is the subject of NICE guidance.17

Alternative strategies to prevent pertussis infection exist: Australia, Canada, France, Germany and the US immunise adolescents against pertussis18 (although one consequence may be to shift transmission from adolescents to new parents and hence their infants).10

Cocooning of infants from pertussis, by the immunisation of both parents at the birth of their child has been advocated in the US;19 however, it is not currently recommended by WHO and the DH.20

The increase in pertussis across all ages is poorly explained and requires increased vigilance among healthcare providers.2

Immunising in the third trimester will protect the most susceptible, young infants, by transplacental passage of immunoglobulins and prevention of maternal to child transmission of pertussis in the puerperium.5,6

Increasing uptake of the preschool booster is also important.17 Finally, reliance in the UK health system on careful reporting of cases (preferably laboratory proven) to monitor trends in all ages must be emphasised.

5. Joint Committee on Vaccination and Immunisation