Conservative peer Lord Saatchi has launched a campaign to speed up cancer cures by increasing freedom for doctors to stray away from standard medical procedures without fear of litigation. 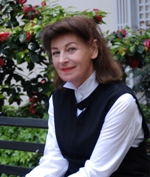 The law in its current form 'provides no inducement to progress' in curing cancer because it means that any deviation by a doctor from standard procedure leaves them open to claims of medical negligence, Lord Saatchi believes.

‘This is a deterrent to innovation in cancer treatment,’ he said.

‘Standard procedure is clearly defined in law as the practice which would be followed by a group of medical practitioners skilled in the particular area of medicine in question.’

Through the Medical Innovation Bill, Lord Saatchi said he wishes to encourage doctors to seek improvement on the standard procedure. One of the bill’s purposes is to ‘codify existing best practice as to decisions by doctors to innovate where evidence-based treatment or management is not optimal or appropriate, because the available evidence is insufficient or uncertain’.

Joined at the launch by fellow Conservative peer and chairman of the Institute of Cancer Research Lord Ryder and Oxford University’s ovarian cancer specialist Professor Ahmed, Lord Saatchi admitted that the Bill was unlikely to become law.

He said it was unlikely to be successful unless it was picked up and backed by the government.

He added: ‘It is more likely that the government is going to say "all is well, we are investing tremendous amounts in research, there’s great work going on. We in the government are fully aware of the problem and there is no government on Earth that could be doing more than we are doing therefore this bill is completely unnecessary".

‘That is what they are going to say unless we talk them out of that and we are all going to try very hard. Whether we succeed or not I don’t know.

‘Today is the beginning of a long journey.’

Lord Saatchi said his bill had support in the House of Commons, meaning there was a chance it would be debated by MPs as well as peers.