Despite the financial climate, this Berkshire practice has built new premises fit for the future.

GPs at the Wokingham Medical Centre began this year practising in a 16th century building that the partnership had occupied since 1939.

By February they had moved a few streets away, to their new, ultra-modern, £5m super surgery, swapping leadlight windows and low beams for intelligent glazing and consulting rooms where the air changes 10 times per minute.

Their journey began in autumn 2010, when they finally found a suitable town centre site after three abortive attempts to relocate over the previous 20 years.

The pressure to move had grown with local plans to develop 4,000 new homes in their catchment area, potentially increasing the patient list from 23,300 to 32,000 by 2025.

It was time to leave the Tudor listed building - and the nearby Victorian villa they first took on as a branch surgery in 1971. 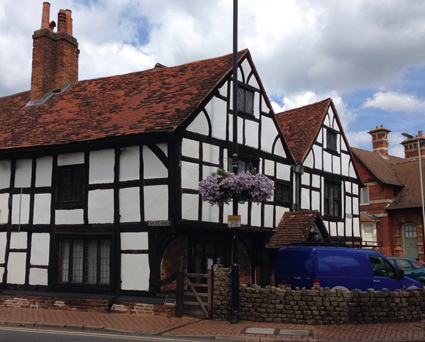 'The status quo was simply not an option,' says Dr Vipan Bhardwaj, one of the 10 GP partners. 'We just had to make a move.'

The only problem - aside from funding a project that would make them one of the largest single-site practices in the country - was that the new site was already occupied by an ugly 1990s office block.

Undeterred, Dr Bhardwaj volunteered to lead the project and his business case was approved by the PCT in December 2010.

Barbara Weiss Architects were appointed in February 2011 and the planners unanimously approved designs that would extend the existing offices by 40%, filling in the centre of the L-shaped building and adding a fourth floor.

The development was funded with lending from a high street bank. The contract sum was just under £2.6m, with site purchase costs, consultants' fees and VAT taking the total project costs to £5m.

But the PCT had implemented a 'punitive' cap on notional rent, said Dr Bhardwaj, which meant a pharmacy had to be incorporated into the plans, as well as the renting out of space to NHS and private healthcare providers, to cover the shortfall.

Three years later, the practice team moved into its stunning new home, measuring about 1,600m2 and offering accommodation for up to 16 GPs and five nurses. At £1,600 per m2, it was a surprisingly economic build.

Traces of the old office block are virtually impossible to find in the new surgery, which manages to blend the stringent requirements of modern healthcare premises with a calm, homely atmosphere that puts patients and staff at ease.

Barbara Weiss has a history in residential design and is known for her expertise in storage solutions. Her award-winning Brent Birth Centre in north-west London demonstrated how minimalism with domestic touches could create a practical but caring clinical environment.

Dr Bhardwaj and his partners are delighted with the finished product: 'I think we've shown beyond doubt that medical spaces can be fit for purpose without being institutional, clinical or bland,' he said.

'Our patients had a real affinity for our old buildings and we did not want them to feel we were merely dumping them into an ugly box. It was important that we gave them something with character, which they could develop similar feelings for.'

All people working in care homes - including GPs visiting patients - will be required...

Representatives of general practice will hold just one out of 10 seats in total on...

NHS England is set to commission a £30m GP enhanced service for long COVID to boost...

Three quarters of GPs are facing 'mental distress' because factors such as heavy...

The NHS standard operating procedure (SOP) for primary care will remain in place...