Antibiotics in acute uncomplicated diverticulitis
Br J Surg 2012; 99: 532-9
Treatment with antibiotics for patients with left-sided abdominal pain and fever has been the accepted dogma for years, because diverticulitis was assumed to be due to bacterial infection, despite any evidence to support this.

This multicentre trial randomised 623 patients with acute uncomplicated left-sided diverticulitis (proven on CT scan) into two groups. One group received antibiotics, the other did not.

The study found no significant difference in complications such as abscesses, median hospital stay and recurrent admissions with diverticulitis between the groups.

The question is whether hospital admission is appropriate for this group of patients. Should we be re-evaluating our approach to this condition?

A total of 2,921 people aged 55 and over were recruited to this prospective population-based cohort study. X-rays of the knee and hip were taken at baseline and after 6.5 years, and scored for osteoarthritis.

Information on statin use was obtained from pharmacies. The overall progression of arthritis was compared between users and non-users of statins.

The authors concluded that statin use is associated with a more than 50% reduction in progression of osteoarthritis of the knee, but not the hip.

As yet, it is difficult to determine whether this is clinically important or an interesting observation.

The setting was the respiratory outpatients department of a London teaching hospital. A total of 100 consecutive referrals were chosen for postal invitation to participate in a pre-clinic telephone consultation with the consultant, who took a history and ordered investigations. 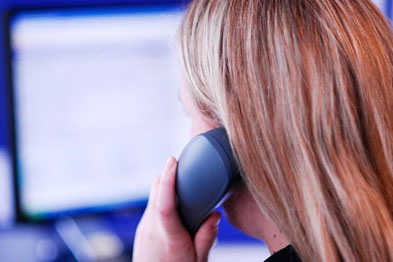 A total of 100 consecutive referrals were chosen for postal invitation to participate in a pre-clinic telephone consultation with the consultant (Photograph: JH Lancy)

Non-responders were allocated a face-to-face standard consultation and there was also a comparison group.

Hospital attendances were recorded for the following six months.

The conclusion is that this approach reduces visits, seems to improve compliance and may save costs associated with non-attendance and follow-up.

Functional health literacy and mortality in older adults
BMJ 2012; 344: e1602
In this prospective cohort study, 7,857 adults aged over 52 taking part in the English longitudinal study of ageing were monitored for 5.3 years on average.

Participants completed a four-item test of functional health literacy, which assessed understanding of written instructions for taking an aspirin.

The authors draw no inferences here, although it would be nice to think improving literacy levels might reduce death rates.

Two-thirds of the QResearch practices were allocated to the derivation dataset (2,358,168 patients) and the remaining third to the validation dataset (1,240,722 patients). Patients were aged 30-84 years and free from renal symptoms.

The 10% of patients with the highest predicted risk contained 87% of all renal cancers diagnosed over the next two years.

The authors suggest using a web-based calculator to help GPs assess risk and decide about referrals.