Chairman of the BMA equality and diversity committee for the past year, he hopes to be re-elected for a second term next month.

Speaking to GP at his busy Merton practice, he says no other candidates have yet come forward. He jokes that this may be because nobody else wants the job.

The committee, which aims to promote equal opportunities for doctors and break down barriers to career progression through research and lobbying, has plenty on its plate.

A legal challenge over the fairness of GP examinations for international medical graduates is due next month amid claims of institutional racism, and the prevalence of sexism in general practice remains a major concern.

As a former chairman and current co-chairman of the Gay and Lesbian Association of Doctors and Dentists (GLADD), Dr Taibjee says the subject that first interested him in the BMA committee role was clinical coding. He is keen to improve coding for patients' sexuality.

Ensuring sexually active gay men are offered the hepatitis A and B vaccines, to which they are entitled, is difficult because practices do not know which of their patients are gay, he explains.

As GLADD chairman, he was emailed by a doctor who pointed out that to record that a patient was gay, he would have to use the term 'homosexual'.

'This was originally a clinical term coming under the category of sexual deviancies and paraphilias,' Dr Taibjee points out.

'We clearly need fresh terms that reflect today's society and codes that let doctors start auditing their records to check they are providing a good service.' 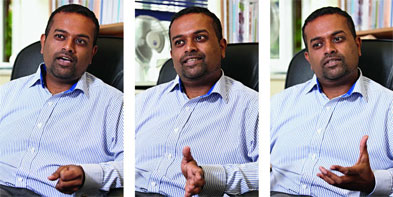 Sexism is still rife in general practice, says Dr Taibjee, and this is evident in the fact that women are disproportionately represented among salaried GPs. 'As a partner, there is always a temptation to discriminate and a key issue is maternity,' he says. 'The way things work in appointing a partner doesn't seem quite right.'

Stressing that he is speaking in a personal capacity, he calls for practices to consider adopting best practice measures in GP recruitment, such as advertising partnerships and blinding gender and age at the shortlisting stage.

Recruiting a partner is considered a business deal and is therefore not governed by employment law. But recruiting a salaried GP is.

Despite this, Dr Taibjee says he has never heard of any action being brought against practices on the grounds of sexism.

'We are in a profession that puts up with this sort of thing. It is almost par for the course.'

He says positive discrimination to ensure practices can offer patients a choice of a female or a male GP further confuses the question.

But GPs' decisions on salaried recruitment could be challenged, he warns. Dr Taibjee recounts a story he was told recently about a practice recruiting for a salaried GP. All of the candidates were deemed to be 'appointable'.

'In the end, there were murmurings about "let's just take the bloke because there is no risk of him having to go on maternity leave".

'These temptations happen all the time and I think we have to be really careful about how we stop ourselves falling victim to our own avarice, essentially.'

A former GPC member, Dr Taibjee says the committee has made progress on ensuring all sections of the GP workforce are represented.

'The GPC historically has struggled to represent adequately its salaried and locum sessional GPs,' he says.

'The great news is that it has done a lot to set up its own separate committee to try to work on that and to take away the obvious conflict of interest when a partner is debating on the rights of a salaried doctor.'

The committee has also drawn up an action plan to encourage women and ethnic minorities to become involved, Dr Taibjee says.

This includes addressing childcare concerns, the location and timing of meetings and even the style in which they are conducted.

Next month, the RCGP will be in the High Court defending the clinical skills assessment (CSA) element of MRCGP examinations.

Differences in pass rates between UK and international medical graduates have prompted the British Association of Physicians of Indian Origin (BAPIO) to challenge the fairness of the test.

Although Dr Taibjee, a GP trainer himself, says the CSA is 'fair', he does worry that it may not assess the right things.

'When I say fair, I don't think there are people within the institution who are racist.

'I don't even think there is unconscious racism, because the college has looked at it and asked externally for people to scrutinise its exam.'

He says it could be that the CSA is looking for certain skills that we expect only from a British GP.

'It may be subtle communication that actually the patient wouldn't find a problem that is flagging these candidates up as people who should fail.'

He adds that when he sat the CSA 'many years ago', only one actor taking part in the tests was non-white.

'When I was training in Birmingham, there were areas where 90% of the patients you encounter might be Sikh or might be Bengali-speaking and they will have certain cultural differences, and they would expect their GP to respond to them because we are patient-centred. Yet if the CSA is designed to deal with perhaps a fairly middle-class, white British born person, it may not be fair.'

The BMA has come under fire from members saying it does not adequately support doctors who qualified abroad, he adds.

In response, it met organisations including BAPIO, the Medical Association of Nigerians Across Great Britain and the British International Doctors Association, and is working to build their members' leadership skills, he says.

Dr Taibjee says his committee aims to focus on one or two key questions a year. On its agenda next year will be ageism and how to support senior clinicians to avoid burnout.

The committee will soon publish a guide for employers and doctors on returning to work after long-term sickness or maternity leave.

With the GP workforce becoming increasingly diverse and women predicted to make up its majority in the near future, the role of the equality and diversity committee will be increasingly pivotal.