Scans and X-rays of non-malignant conditions, including hallux valgus, rheumatoid disease and osteoarthritis of the shoulder. 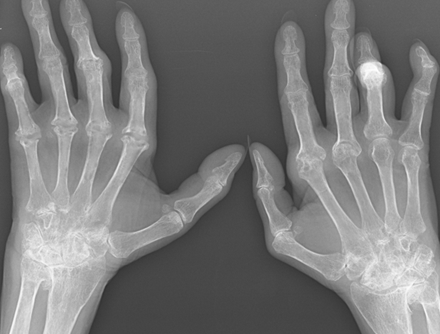 Rheumatoid arthritis causes various problems, but probably the most visible and best recognised is the effect it has on the hands. This elderly woman has had the disease for decades and for most of that time, has been treated with symptomatic measures only. This has led to widespread changes. Perhaps the most obvious damage is the destruction of the metacarpophalangeal joint of the right index and middle fingers. Early aggressive treatment with modern DMARDs may prevent this from happening in the future, so patients need to be referred as soon as the diagnosis is suspected. 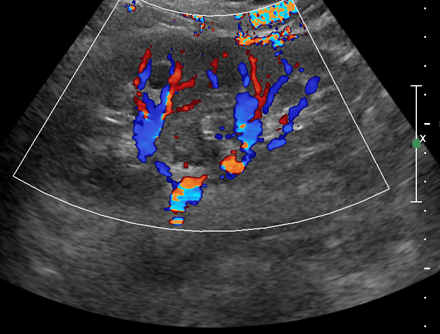 This middle-aged woman developed pain in her abdomen that had features suggestive of gall stones. She was referred for an ultrasound to confirm the diagnosis. The scan did show the presence of numerous stones. It also revealed a duplex collecting system from the right kidney. This incidental finding did not appear to be associated with any other abnormality, and a subsequent test of renal function was normal. No action was required. 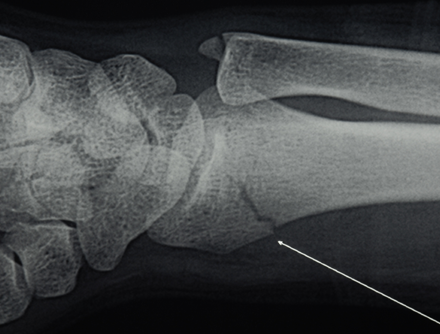 This patient fell onto an outstretched hand, producing this injury. The X-ray taken at the time of the injury was apparently normal. However, in view of the persisting problems, the patient requested a further X-ray. The fracture in the distal radius can be clearly seen on this X-ray. 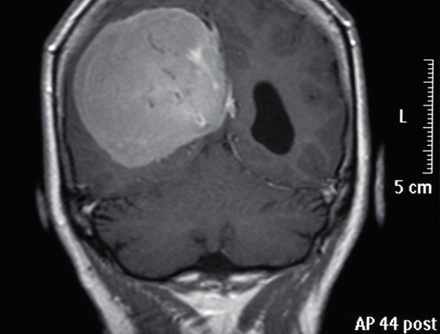 This middle-aged woman had a history of migraine, but had noticed a change in her headaches over a period of a few months. She was referred for assessment. The neurologist initially reassured her but subsequently agreed to her request for a scan. This revealed this huge but benign meningioma. It was excised and she did very well. 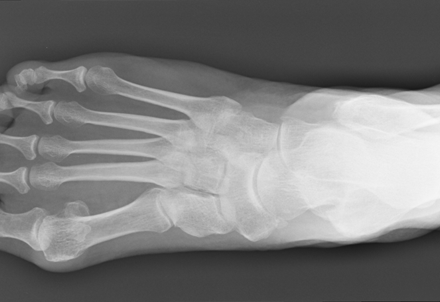 Bunions are a common deformity that tend to develop in adult life, becoming increasingly severe to the point where surgery is often required. They are more common in women, but do not relate to the wearing of high heels, as is often thought. They are a genetic problem and do occur in men. As the big toe deviates and pushes on the other toes, it distorts the foot more and more, making it very difficult to find comfortable footwear. Surgery is still quite painful and requires a period of weeks in plaster postoperatively. 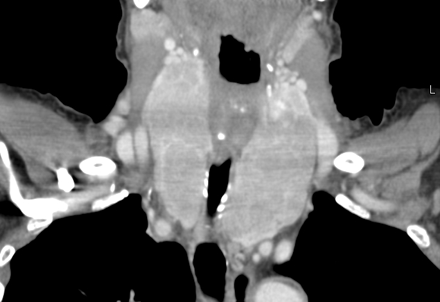 This image shows diffuse enlargement in both lobes of this 78-year-old woman’s thyroid gland. She had presented with a neck swelling causing symptoms of compression. She was clinically and biochemically euthyroid. She was keen to have the goitre dealt with, so underwent total thyroidectomy, which confirmed it as a benign multinodular goitre. 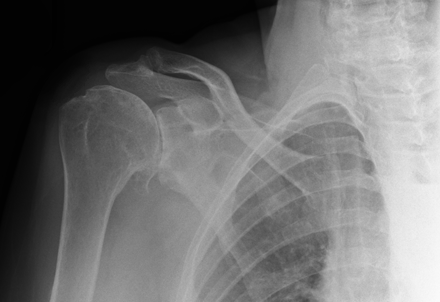 This elderly woman presented with shoulder pain. Examination was rather alarming, owing to the extreme crepitus on movement. This X-ray shows significant osteoarthritis. Her symptoms were not as bad as the image suggests, as is often the case with osteoarthritis. She managed for a couple of years before having a shoulder replacement operation, which was successful. 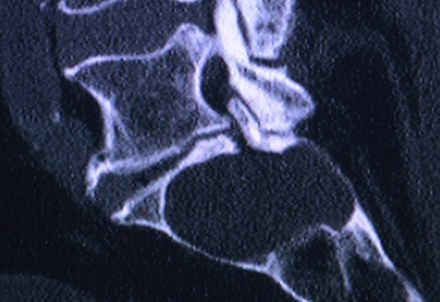 This 75-year-old man was afflicted by severe low back pain. Investigation revealed this huge cyst in his sacral spine. These cysts are filled with CSF and arise from the spinal canal. Most surgeons recommend leaving them alone because they are very difficult to excise. This patient, however, was not satisfied and paid the world’s foremost neurosurgical expert to fly from the US to operate on him.