Assessing the appearance of moles, by Dr Phil Marazzi.

This is a common pigmented lesion that is frequently responsible for patient concern. Although most patients are aware that moles represent a significant risk, they often also associate itching with the possibility of malignancy.

In fact, this is not a very specific symptom. Other symptoms, such as change in size, are not so easy to ascertain reliable information on. This patient was unsure if his mole was growing. It did not look malignant, but was excised and the benign diagnosis confirmed. 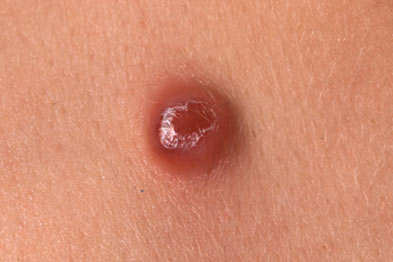 These are common lesions that usually present as a firm small papular swelling on the leg or, less often, the arm. It usually has a fairly smooth, uniform surface texture. It may be that these lesions develop from previous minor trauma such as insect bites.

The chance of malignancy is extremely small and so they can be safely left alone. They are also known as dermatofibroma and consist largely of collagen. 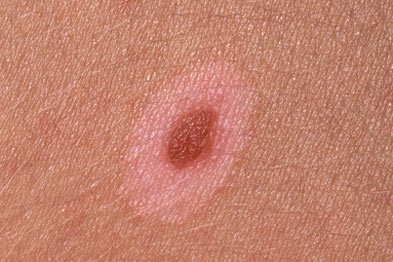 This lesion often causes some alarm in patients due to its rather odd appearance. Generally it has a darker centre surrounded by a paler ring. Also known as Sutton's naevus, this mole is probably in the process of involuting following an immune reaction, which can be triggered by various stimuli.

Generally no action is required, although the patient was reviewed eight weeks later to ensure that there were no features to suggest malignant change. 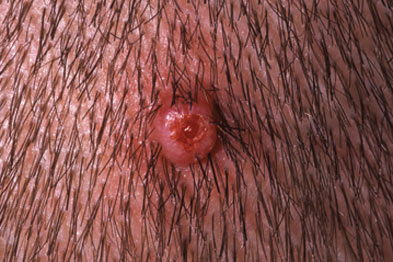 This 40-year-old man had a lesion that appeared and grew rapidly on his scalp. He was referred and the lesion was fully excised. Histology confirmed that it was a keratoacanthoma.

Although usually benign, these lesions may be associated with an underlying squamous cell carcinoma so should always be referred, as simply shaving the lesion off the skin will not demonstrate the malignant cells at the base. 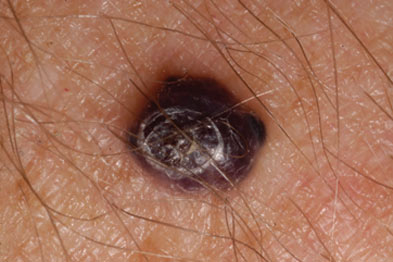 This man was very alarmed by this lesion that rapidly appeared. It was quite sensitive. In fact, it was merely the result of minor trauma which has not broken the epidermis, but has been associated with subdermal blood vessel damage and hence bleeding. They often occur when there has been a pinching injury.

It resolved and no further treatment was required. 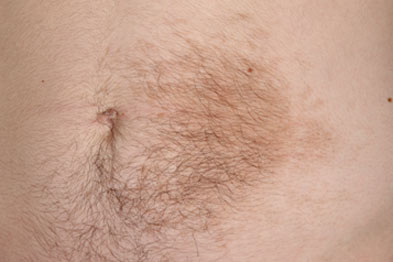 This teenager was worried about this large lesion on his abdomen. It was not really changing, but he did not like the appearance. These lesions are quite common, often appearing at or soon after puberty.

They are more common in boys and often have hair growing in them. They may fade as the patient gets older, and no action is required because they are not premalignant. Cosmetic concerns may prompt laser treatment, although this does not always help. 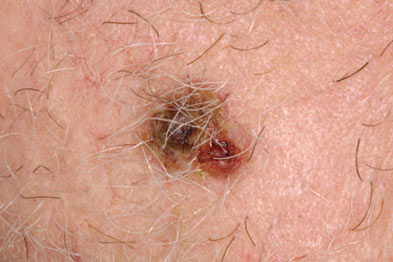 This elderly man developed this lesion on the side of his face. He had spent a number of years living in the tropics and had several lesions developing over a period of years.

These lesions are usually thought to be associated with excessive sun exposure in the past, but they may occur in areas that are not exposed, and this may mean that there is a genetic or other environmental factor involved in the aetiology. This lesion was excised. 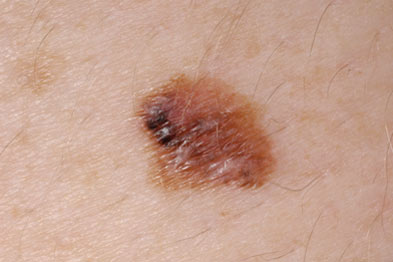 This is the lesion that we all look out for in the hope of making an accurate and early diagnosis in order to give patients a better prognosis. It remains difficult however, as lesions still tend to present relatively late. Prognosis is normally associated with the depth of the lesion, the Breslow depth.

A lesion less than 1mm has a good prognosis with a >95% five-year survival, as opposed to a lesion greater than 4mm, which has a 50% five-year survival. This lesion on a 40-year-old woman's arm was 0.5mm deep and she remains well after four years.