Subconjunctival haemorrhage
When she woke up in the morning, she was alarmed by the appearance of her eyes. The haemorrhages were quite small on both sides with clear and visible posterior limits. She had not had any significant head trauma, and was reassured. 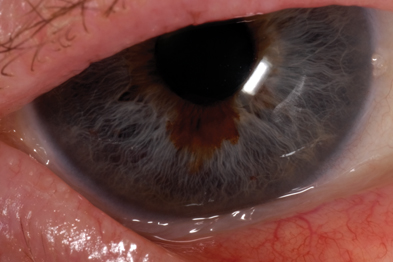 This elderly lady had a longstanding area of different colour on her iris. This is a benign naevus, and requires no further treatment other than simple reassurance. Like a naevus on the skin, a change would need urgent assessment, as malignant change is a risk. Iris melanomas represent the commonest form of malignant iris tumour, and it is thought that most arise in pre-existing naevi. 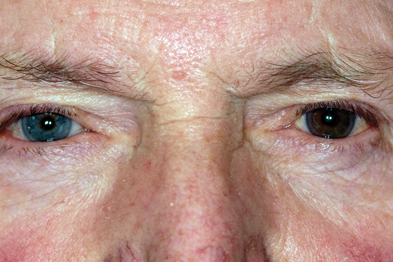 This is the genetic condition where the two eyes have different coloured irises. Eye colour is controlled by various genes, and the previously held view that blue eyes are carried by a recessive gene is incorrect. The condition is generally benign and no treatment is normally required. Clearly, as in many situations, a change should always be investigated for underlying problems. 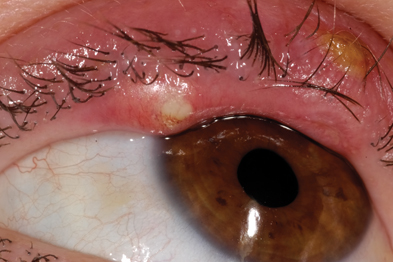 This 40-year-old diabetic woman has lots of problems with recurrent infections. Here, she has developed an infection in the upper eyelid due to blockage of the outflow of an oil-producing gland, leading to formation of an acute abscess. This is usually caused by staphylococcus aureus. Many patients present to us for antibiotics, but actually, most styes will resolve spontaneously. In this case, the patient was given antibiotics due to her underlying problems. 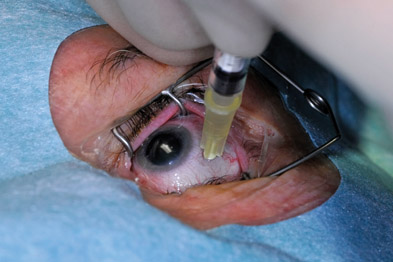 This common condition is split into two main forms, dry and wet. The dry form accounts for 90 per cent of the total, but this patient has the wet type. The condition is associated with progressive loss of macula cells with growth of blood vessels across the macula. Ranibizumab is a drug designed to stop this. The patient underwent a course of three of these painless injections with a good effect. 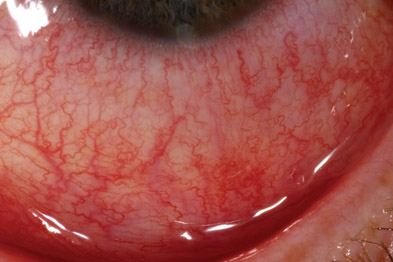 This 34-year-old woman presented with a painful red eye following an upper respiratory tract infection. The other eye was subsequently affected as well, making the diagnosis of conjunctivitis more likely. Swabs were taken and came back negative for bacteria. The viral swab, however, grew both adenovirus and herpes simplex type 1. She was given topical antivirals to good effect. 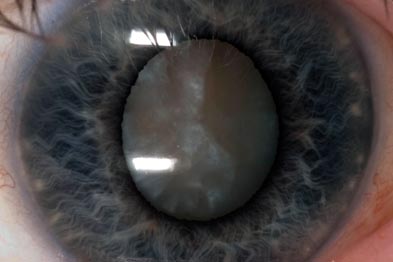 This 69-year-old woman has this very common problem. Senile cataracts develop in large numbers of elderly patients accounting for 48 per cent of the world's blindness. Clouding of vision develops progressively as the lens becomes more opaque. It is usually bilateral but will present in one eye first. There is no simple way of preventing the condition, though sunglasses and a healthy diet may help. Treatment is surgical, usually carried out under local anaesthetic as a day case. 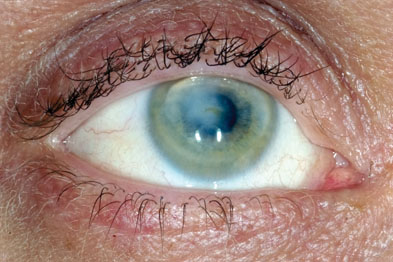 This 40-year-old man had been involved in a fight in the past. The injury that he sustained to his eye had led to inflammation and scarring on the cornea. His vision in this eye was now down to shapes only. In theory, he could have had a corneal graft, but it was thought that the underlying vision was too poor.