Anti-Health Act campaigners are among seven GPs elected to the BMA council in a 'ferociously fought' campaign.

Dr Irvine (pictured left), a prominent GP campaigner against the Health Act, heard of her election for the first time when GP called to ask for her reaction.

She said: ‘Thanks for telling me, that’s wonderful. I’ve been campaigning strongly against the Act – I’ve become known for that I think. This reflects the level of concern in the profession, and the need for people who speak their mind and act on their convictions.

‘I’m a grassroots GP, I’m not a medical politician. I’ve been a BMA member for about 20 years, but I’ve only really got involved in the last year and a half over the Health Act. It’s something I feel really strongly that the BMA needs to campaign over – it needs to act on the issues its members feel strongly about.

‘The council passed resolutions to have a public campaign to oppose the Health Bill and in the event it didn’t do that in my opinion. It did not really campaign as determinedly as it could have. That is my opinion and that of many BMA members. We want a council that doesn’t just pass resolutions, but carries out what it says.

‘Although the Act has passed, we still think there’s a need for a campaign to protect NHS services from its damaging effects. That is what I will be trying to do as part of my role.’ 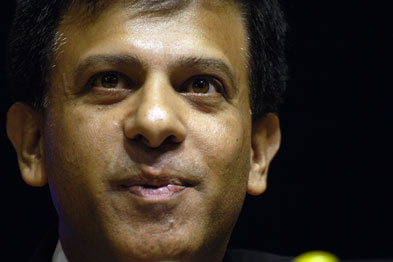 Dr Nagpaul, who will keep his position as GPC negotiator after being voted  onto the council for a second four-year term, said it was the most ‘ferociously fought’ election he has ever seen.

He said: ‘There has been more publicity than I have ever seen, especially in the use of social media. It was a highly contested election with a lot of candidates, more than 70. It is a pivotal time for the NHS with the passing of the Health Act and there is a need for central cohesion and robustness with a council that is driven by conviction and clarity.

‘This is a very important election. I am relieved especially considering how contested it was. I am happy that Kailash Chand has been elected as he is a mate.’

A vote to appoint a successor to BMA chairman Dr Hamish Meldrum is due in the summer.

GP-led sites delivering COVID-19 vaccination have been told to start rollout of jabs...

Exempting NHS staff from self-isolation to keep them in work is a ‘desperate and...

How GP practices should deal with a breach of confidential data