Campaigners aim to raise £100,000 to support the family of a locum GP whose family has been denied death in service financial support because she died on a day off.

Dr Helen Sanderson died suddenly and without warning at the age of 40 from cardiomyopathy.

A salaried NHS GP until April 2014, she recently switched to locum work to spend more time with her two young daughters, but continued to work significant numbers of sessions in GP practices.

In spring 2015 she was booked for 28 sessions and had been asked about work through summer, according to her family.

Because Dr Sanderson did not die at work, NHS pensions officials deemed her death not 'death in service', meaning her family was not eligible for a significant payout.

Dr Sanderson's husband Carl says the payout is 'the difference between keeping our home and having to sell it'.

Doncaster LMC medical secretary Dr Dean Eggitt has set up a Just Giving page to raise £100,000 for the family to help them keep their home. 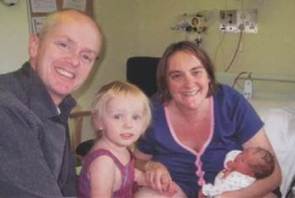 If an appeal against the decision to deny them death in service support is successful, any funding raised via the online appeal will be handed to the Cameron Fund, which supports struggling GPs.

In 2013, the DH made clear its position on death in service payments for locums with the following statement: 'GPs who join the NHS pension scheme for a period of locum service automatically have a right to death in service benefits from the scheme whilst that period of service continues.

'Eligibility for death-in-service and other scheme benefits is linked to periods of active locum service for which contributions are paid. Given that locums are employed typically per unit of time (hour or session), active service is the duration of the contracted hours. Eligibility therefore ceases once those hours have been worked. Continuous death-in-service cover can be secured by arranging continuous employment as a salaried GP. Locums are treated no differently to other casually employed staff in the NHS.'