Four in five GPs (77%) believe that the introduction of revalidation has not made the profession any safer, a GPonline poll suggests, with many warning it could allow dangerous doctors to 'easily slip through' the net.

Respondents to the GPonline survey of 700 GPs criticised revalidation as ‘another layer of useless medical management’, warning the scheme ‘does not root out bad doctors’.

Four out of five (77%) GPs said that the profession had not become any safer since the introduction of revalidation in December 2012.

Most (86%) UK GPs have now undergone the process for the first time, and all GPs who were on the GMC register in 2012 are projected to have been revalidated by April 2016.

Official GMC figures as of December 2015, seen by GPonline, show that there is little variance across the country, with between 83% and 93% of GPs in each NHS England sub region having been revalidated to date. 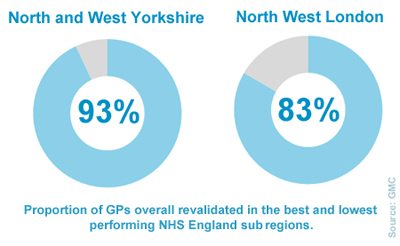 But many GPs remain unconvinced about the benefits of revalidation.

‘It’s like an exam,’ one GP said. ‘Just because you prepare and perform well on the day, it doesn’t mean your day-to-day practice is any safer.’

In particular, a number of respondents said they believed that serial killer GP Dr Harold Shipman would have had ‘no trouble satisfying appraisal and revalidation criteria'.

Shipman was found guilty in 2000 of murdering 15 of his patients, and was later identified as the killer of 218 patients throughout his career. His total victims are thought to number over 250.

Just 10% of GP respondents said they believed revalidation had driven up the safety of the profession over the three years it has been in place.

One of these said that revalidation was important to ensure doctors maintained up-to-date knowledge in the ‘ever-changing field’ of medicine.

But another said that although they thought safety had improved as a result of revalidation, the methods were like using a ‘sledgehammer to break a nut’.

Some 13% indicated they were not sure whether the introduction of revalidation had made the GP profession safer.

Niall Dickson, chief executive of the GMC, said: ‘Revalidation brings all doctors into a clinically governed system where problems can be identified earlier and the quality of care can be improved over time as they are able to gather evidence about their practise and reflect on that evidence.

‘Revalidation is not and has never been about preventing a mass murderer such as Harold Shipman.

'The system, based on annual appraisals, has been designed to make sure doctors treating patients are up to date, competent and fit to practise – more than 93% of GPs are now having annual appraisals – nearly 15% up since revalidation was introduced in 2012.

‘These are early days but the feedback that we have received from doctors and from responsible officers suggests that revalidation is starting to have a positive impact.

'Of course it is not perfect – this is a new and ambitious system – which is why we are reviewing how it is working in practice. We will work with the profession to adjust and develop the process as we take it forward.’ 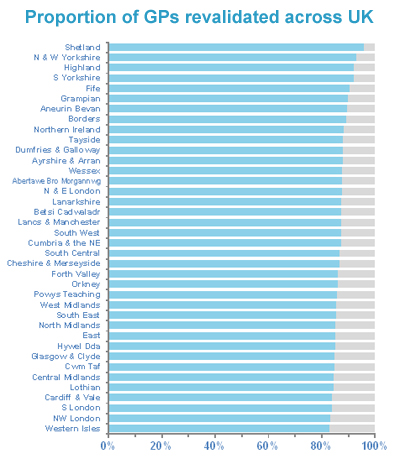