GPs have been barred from prescribing drugs recommended by NICE because PCTs have 'blacklisted' the treatments to cut costs.

A GP investigation revealed that one in four PCTs now blacklist drugs backed by NICE. Drugs on the lists are 'not recommended for use' or 'not prescribable' because they are deemed too expensive or not effective enough.

The NHS Constitution gives patients the right to receive any drug recommended in NICE technology appraisals if their doctor believes it is clinically appropriate.

But 14 drugs recommended in NICE appraisals, and a further five drugs backed in NICE clinical guidance, have been blacklisted by PCTs. These include drugs for cardiovascular and GI disorders, asthma and diabetes.

Of 71 PCTs responding to a Freedom of Information Act request, 33 (46%) have introduced 'black' or 'double red' lists of treatments not recommended for use. Nineteen of these include drugs recommended by NICE.

PCT blacklists are an extension of 'traffic light' systems that indicate drugs' suitability for use in primary care and other clinical settings.

Gavin Terry, policy manager at Diabetes UK, said patients' health must not be compromised by cutting spending on NICE-approved drugs.

Manchester GP Dr Anita Sharma, a member of Oldham medicines management committee, said prescribing costs needed to be contained to help meet productivity targets. But restrictions must be agreed between GPs, PCTs and the public and focus on drugs with low clinical value, she said. 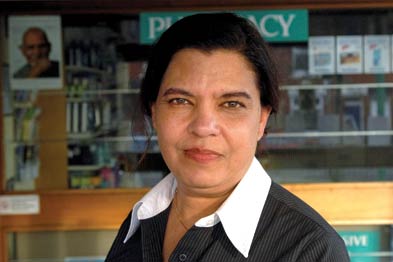 Dr Anita Sharma: 'If drugs are restricted because of low clinical priority, we should have no objection'

'If drugs are restricted because of low clinical priority, for example, erectile dysfunction drugs and some non-steroidal medications, we should have no objection,' she said.

New medicines are often added to PCT blacklists by default and delays in reviewing them may lead to NICE-approved drugs being blocked.

The group which develops the blacklist for Leicestershire and Rutland currently blacklists the NICE-approved cardiovascular drug ticagrelor. A spokeswoman said this was likely to change following the group's next meeting.