NICE chairman Sir Michael Rawlins is a man with his eyes on the future.

Having led NICE since its formation in 1999, he will step down in March 2013 and this summer, becomes president of the Royal Society of Medicine. He will also chair UK Biobank, a research initiative using biomedical data from 500,000 people.

But Sir Michael avoided the temptation to use his final NICE conference speech earlier this month to give, in his own words, 'some sort of self-serving valedictory address'.

Personal hopes
Instead he used it to set out six 'personal hopes for NICE's future' (see box).

Speaking to GP after his speech, he is effusive as he explains NICE's upcoming work on multimorbidity, patient-specific health tools and tracking uptake of its advice.

Work on multimorbidity will begin in the next few months, aiming to deliver overarching guidance on how GPs should approach treatment of patients with multiple conditions.

It will take about 18 months to develop fully, Sir Michael says. The second stage will be to incorporate advice on common comorbidities into guidance for specific diseases.

'At some stage in the development of a guideline, we ought to be able to find out what the three most common comorbidities are,' he says.

'We need a bit of trial and error, because nobody has really done this in a sensible way anywhere in the world,' he adds.

Another problem NICE will have to overcome is that any advice may need to rely on an imperfect evidence base.

Clinical trials almost always exclude patients with multiple conditions, so there is little research on how such patients should be managed. 'The evidence is not going to be wonderful, but it's better than nothing,' Sir Michael acknowledges.

He says these will allow GPs to walk patients through care options, using pathways populated with patients' own test results and data. 'It will be real-time, with their own details,' he says. 'One day it will have their whole genome scanned into it.

'When you've got your whole genome scanned in, when you decide to give somebody a drug, it'll know the enzymes that metabolise it, therefore the dose that's needed,' he says.

NICE is currently digitising its guidance to allow third-party providers to use the data to develop pathways, he adds.

Sir Michael is adamant that such improvements to NICE guidance need to be supported by better intelligence about how and where it is being used. 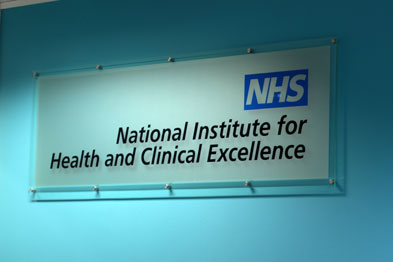 Sir Michael: 'NICE is currently digitising its guidance to allow third-party providers to use the data to develop pathways'

'How can we make it better? If it's not working terribly well, why not? What's the problem? Are people not persuaded about the evidence?'

NICE must understand how to improve uptake of its guidance, he says.

'It's an interactive thing. Have we put it in the wrong sort of way? Is it actually impractical?'

One issue about which Sir Michael does not have a clear vision is value-based pricing, the DH plan to link UK drug prices to patient benefit.

He says he knows little about the details and hopes NICE will be involved in talks on the scheme this autumn. But he says he doubts it would cut NHS spending on medicines.

Because so many drugs are coming off patent, 'that gives headroom for new products that are expensive,' he says. 'Expenditure could stay constant. I doubt if it will fall. But it would allow headroom for the uptake of new drugs.'

Sir Michael is realistic about what can be achieved during the time he has left at NICE.

'The things I've talked about are not all going to be solved.

His real work before he leaves NICE will be more down-to-earth. His main aim, he says, will be to ensure he can 'hand on the organisation in a good state'.

Get the latest news direct into your inbox