CCG-imposed restrictions are preventing up to half of GPs from directly referring patients for cancer diagnostic tests, a GP investigation has revealed.

Responses from 182 CCGs to a GP freedom of information (FoI) request reveal a postcode lottery of services across England, with GPs in 22% of CCGs barred from direct access to all diagnostic tests.

Half of CCGs do not allow GPs direct access to scans to detect brain or bowel cancer.

The findings came as draft NICE guidance backed lower cancer referral thresholds that double the number of patients GPs should send for scans. 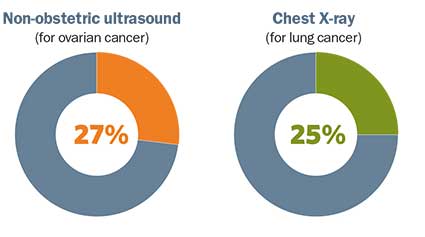 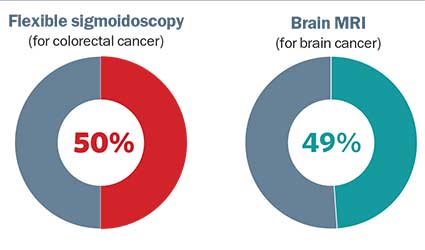 Gaps in access to scans remain, despite a £450m government pledge to improve outcomes in cancer care, as detailed in its 2011 strategy for cancer.

The plan aimed to improve GP referral routes to four of the major cancer diagnostics over four years. It outlined that GPs ‘need to be able to directly access the tests’ and specified that it ‘will be the role of GP consortia’, or CCGs, to commission them.

But GP can reveal that half (49%) of CCGs still do not commission direct GP access to MRI scans to support the diagnosis of brain cancer.

Half (50%) said they do not commission direct access to flexible sigmoidoscopy tests in cases of suspected bowel cancer.

Of the 22% of CCGs that did not commission direct access to any of the four diagnostics, many said GPs would be expected to refer patients via alternative routes, such as the two-week urgent referral pathway, if cancer was suspected.

But GP leaders warned that forcing GPs to use these pathways is ‘unnecessary’ and leads to longer waiting times and greater overall costs.

Five CCGs said that, although they commissioned access to sigmoidoscopy and brain MRI tests, access to each was ‘limited’ due to constraints at radiology departments.

A survey of 500 GPs conducted by GP corroborated the findings. When asked whether they had sufficient direct access to diagnostic scans to assist in the investigation of cancer, 51% reported that they could not directly access MRI scans.

Two in five (40%) said they did not have sufficient access to flexible sigmoidoscopy while 14% said they could not access non-obstetric ultrasound. The majority (98%) said they had little trouble accessing chest X-rays for lung cancer.

Even when they could access tests, respondents overwhelmingly spoke of ‘unacceptable’ and ‘ridiculous’ waits of two months or more, even in urgent cases.

‘There is a big waiting time issue,’ said one respondent.

‘It’s frustrating,’ he said. ‘There’s been an increase in pressure on what should be done within the community, but for GPs to be empowered to be able to do that, we need the support services and particularly access to diagnostics.

‘There’s no real reason other than cost that prohibits access to services. But in many cases, it actually reduces costs overall if you enable GPs to have greater access to these types of services, because they can avoid making potentially unnecessary referrals.’

Only a third of CCGs said they commission all tests. Just 7% said they were considering commissioning tests in the next year which they do not already commission.