One in five GMS practices in England could become unsustainable as MPIG funding is redistributed over the coming seven years, accountants fear.

Practices hit hardest will lose up to three times the amount gained by those faring best from the redistribution, GP magazine can reveal.

Data from more than 200 GP practices assessed by specialist medical accountants Ramsay Brown & Partners show that practices will lose up to £32 per patient from annual income by 2021.

The catastrophic losses will leave the worst-hit practices facing closure unless they can increase other income streams or reduce their costs.

The financial impact on practices losing out is far more dramatic than the changes for those set to gain from the redistribution of income.

Free GMS financial forecast for GPs in England - July only

One practice will see gains of almost £11 per patient from the funding overhaul – the highest overall increase. But annual income at the worst-affected practice identified by Ramsay Brown will drop more than £32 per patient by 2021.

While 22 practices out of the 214 assessed will see income rise by more than £5 per patient over the seven-year reforms, 40 will see losses in excess of £5 per patient.

Laurence Slavin, a partner at Ramsay Brown, told GP: ‘The losses are far greater than the gains – the average change across all practices is down.’

Losses at the worst-affected 10 practices assessed were £112,000 on average, compared with £68,000 average gains for the 10 practices that did best financially from the overhaul.

‘If you’re worse off, you have to finance the losses out of existing resources,’ Mr Slavin said. ‘High-earning practices may be able to absorb the loss, but low-earning ones won’t.’

Although a ‘sudden collapse’ in general practice was unlikely, he said: ‘There are practices that are going to be closing and some that are closing now.’ He warned that for 15-20% of GMS practices in England, it would be ‘questionable whether their resources would sustain them’.

Analysis: Is MPIG money moving in the right direction?

He said these practices would be forced to cut services and staff to survive. ‘They certainly won’t be able to carry on without making significant changes to the resources they put into patient care,’ he warned.

GP leaders have hit out at the lack of pattern to the losses, with practices severely affected whether they are large or small, or have high or low weighted lists.

GPC Wales deputy chairman Dr David Bailey said there was evidence small practices were losing out more than larger ones: ‘This is an anti-small practice measure.’

However, among Ramsay Brown’s sample, the three practices faring best under the changes and the three faring worst are well below national average list size.

Londonwide LMCs medical director Dr Tony Grewal said: ‘The outcomes if MPIG is withdrawn as imposed from last year will be catastrophic for a small but significant number of practices.

‘What is disappointing is that NHS England has been invited to look at help for these practices and declined to offer anything substantive.’

An NHS England spokeswoman said: ‘NHS England area teams have made offers to meet and discuss the impact of MPIG changes with those practices most significantly affected by the decision to move MPIG funding into the global sum. Our commitment is to ensure all patients have access to quality primary care.’ 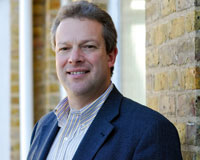 The justification for removing MPIG is to have a flatter pay structure across the profession, but it’s not sensitive to different practices’ needs.

There are practices that are going to close and some that are closing now. Practices are going to have to cut back on the service provision and the number of appointments they offer.

If their income is being cut, that is not sustainable – they need to match the service they offer with the resources they are given.

The biggest costs they can save are salaried GP and locum costs, so they end up offering fewer appointments and more patients end up in A&E, which is foolish. But if they don’t have the resources, they can’t offer the services. Some high-earning practices may be able to withstand heavy losses, but others are hoping for a reversal of the cuts or an emergency fund to bail them out.