Credits for drug misusers
Dr Mike D'Souza's practice developed a credit scheme for Class A chaotic drug misusers that resulted in 83 per cent of them testing as street clean.

The Canbury Medical Centre in Kingston, Surrey, took on the care of more than 30 patients who had been rejected by the local specialist services for lack of compliance. 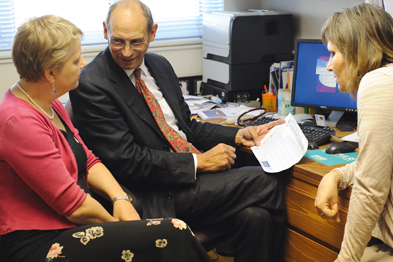 Having stabilised many of the patients by switching them to weekly methadone, he then created the CareCreds scheme that allowed them to earn vouchers and certificates for improving their behaviour.

They could earn up to £14 per month in Boots vouchers for caring for themselves and others but would be penalised for negative behaviour.

Dr D'Souza said: 'I applied the theory that this was a stress reaction to life events.

'I tried to treat them with absolute respect and ignore the bad personality they were showing the world and instead speak to the hidden personality underneath it all.

'Drug addiction is often a form of social suicide. Many are highly intelligent and likeable people once they get over their personal problems.'

He said moving patients onto weekly methadone had reduced the stigma around daily attendance, and the fear of withdrawing the 'privilege' had helped compliance.

This led to the idea of the CareCreds scheme to build on the concept of patients earning credits for looking after themselves. 'It was designed as a social intervention, with medical pretensions, to see if we could turn these people's lives around by giving them the chance to earn and repair their own stress,' said Dr D'Souza.

Boots was chosen as a place where they could buy food, health products and other rewards, and in fact many of the patients bought gifts for their children and families. 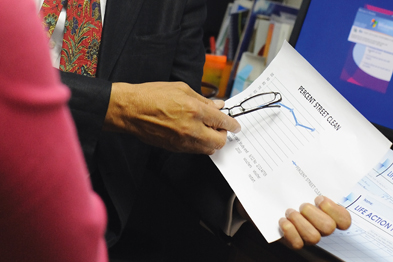 Dr D'Souza said the scheme allowed this group of patients to be cared for in general practice.

'We should see drug addiction as a general practice problem because these patients have huge physical as well as mental problems, but many GPs avoid it because it's far too much clinical work. We need to look at these patients in the community and try to help restore their life story.'

He and partner Dr James Benton worked on the difficult cases, while an attached nurse saw the stabilised patients, supported by 'very flexible' surgery receptionists.

They won £6,000 in funding from the local drug and alcohol team for a randomised study to check whether the scheme was helping to reduce street drug-use, crime and nuisance behaviour, while encouraging a return to work.

Dr D'Souza said alongside the headline figures on chaotic behaviour, 'a number of young women were now looking after their own babies, saving the country large amounts of money, and there were reductions in crime rates and hospitalisation.'

But the funding was discontinued before the impressive results were available (see box), forcing Dr D'Souza to fund the service personally since December 2010, using fees he earned at the local detox unit.

'While we have no funding for vouchers at the moment, other schemes are not showing anything like the results that we have achieved,' he said.

'And when spending public money I believe that it should be spent on what's shown to be useful rather than what it is hoped will be useful.'