The interaction between GPs and insurance companies is one that has changed little over the years with requests for medical reports sent and answered by post. The iGPR (Intelligent General Practice Reporting) system, however, looks to revolutionise this interaction with benefits for GPs, insurers and patients alike.

The rollout of iGPR brings many benefits:

Traditionally, insurers have requested reports from GPs for life insurance applications in a paper format, with the report being returned by post.

This method is far from perfect. It is labour intensive for the GP, the completion of reports is time consuming and most importantly, highly sensitive medical information is being transmitted by insecure means. From talking to patients, we know that they expect private information be transmitted securely.

The principles were developed with, and are supported by, the BMA and the Information Commissioner’s Office (ICO). The BMA guidance can be seen here. And the new system is fully compliant with both the ABI and BMA guidance.

The key now is to increase the number of general practices using the system. The software is already deployed to approximately 70% of GPs across the UK and Niche Health, the software provider, aims to cover the remainder in 2017. It has been supporting the NHS on its paper-free journey for more than 25 years, and following due diligence and extensive testing, a number of major UK insurers have adopted the new process.

Switching to electronic reporting is a simple process that takes around 30 minutes for GP practices to complete – and most importantly, it’s provided at no cost to practices and the NHS. 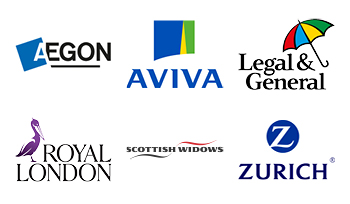 Coronavirus fears 'will drive up demand for GP appointments'

Public concern over the coronavirus outbreak is likely to drive up demand for GP...

Third of UK doctors have high levels of burnout, with GPs among most at risk

One in three UK doctors have high levels of burnout and GPs are among the specialties...

A Derbyshire GP is braving sub-zero temperatures to raise money for a brain injury...