The ideal contraceptive would be 100% effective, with no health risks or side-effects, be independent of intercourse, easily and completely reversible, easily administered and used independently of the medical profession. Such a method may never exist. In practice there is a trade-off between efficacy and safety. The very effective methods, the hormonal contraceptives and IUDs, raise some concerns about health risks and side-effects.

Consider how you would manage the following cases.

She had a baby at 27 years of age and has used condoms since, having felt depressed on one type of combined oral contraceptive pill (COC) in the past. However, she now wants to go back on the COC, but a different brand.

I increasingly see women who have not been happy on one COC and have therefore decided 'the Pill' does not suit them. They are unaware there are other COCs which might suit them better, so they just revert to condoms. In this case, the patient has risk factors for venous thromboembolism (VTE), which need to be considered. BMI over 30 and smoking have recently emerged as significant risk factors for VTE in women on the COC. A BMI of 35 or above carries at least a fourfold risk of VTE, while a BMI between 30 and 35 at least doubles the risk.

There have been a number of studies looking at VTE risk and the COC in the last 15 years; in general, those based on databases which lack information about smoking, family history and BMI have suggested increased risks for women using newer pills. Meticulous prospective studies suggest that VTE rates for all combined pills, regardless of formulation, are similar. 1 In the EURAS study women using the newest COC preparation at the time were at higher risk of VTE at entry, presumably as a result of prescriber bias (in particular they were more likely to be obese). COC users, regardless of preparation, had a similar, elevated risk of VTE, at approximately 9 per 10,000 woman-years. The risk was increased to 23 per 10,000 in women with a BMI over 30, which was a three-fold increase compared with women whose BMI was 20-25. Increasing age was also a significant risk factor. Non-pregnant, non-users in a comparable population sample had a VTE risk of 4.4 per 10,000 woman-years, while for pregnant women, the risk was on average 29 per 10,000 woman-years.

While one must take into account the increased risk of VTE with any estrogen-containing contraceptive, the data suggest it is the woman's risk factors, rather than the brand of COC, which are critical.

While it is acceptable to prescribe the COC to this woman, she should be monitored to ensure repeat prescriptions are not issued without rechecking her BMI and her smoking status (as well as any other risk factors).

We have several highly effective and simple progestogen-only methods, as well as copper IUDs, which do not increase the risk of VTE, making it difficult to justify a fourfold risk in women with a BMI over 30 taking the COC.

A 26-year-old, normotensive patient with a BMI of 24 finds it impossible to remember to take COCs correctly. She has tried depot medroxyprogesterone acetate, but stopped because she put on weight. She currently has an implant, which was fitted 18 months ago. She is unhappy because she has had very frequent bleeds and there is no sign of improvement with time.

This is a not infrequent scenario. Although giving a couple of packets of the COC often helps, some women simply revert back to very irregular and frequent bleeds as soon as the COC is stopped.

Some opt to continue with the COC indefinitely, using the implant as a 'back-up' contraceptive, aware that if they forget their COC, they are likely to get breakthrough bleeding, but at least they will not become pregnant (this is off-licence use).

If the implant is removed, this patient could try a copper IUD or an intrauterine system (IUS), although she would need to be warned about the possibility of heavy, painful periods with the IUD and irregular bleeding, certainly for the first few months, with the IUS.

Another option is to try a vaginal ring - this gives the advantages of the COC without the disadvantage of daily pill-taking, as each ring lasts three weeks. Thus, it is long-acting, but under the woman's control.

One of the reasons long-acting reversible contraception continues to have a low uptake is that women do not like the fact that they are so dependent on health professionals for insertion and removal. 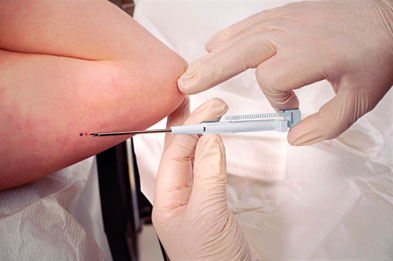 A 20-year-old law student is normotensive, a non-smoker with a BMI of 23. She has been on the COC for three years, but is very upset that she had an unintended pregnancy two months ago. She had a termination, but now wants reassurance that she can still use the COC as her contraceptive. It is her preferred choice, as she has acne and is very self-conscious about it. The COC has kept her skin problems under control.

In this case, investigate any potential reasons for her COC failure. Check she takes her COC correctly; ask her exactly how she takes it, check if there is any breakthrough bleeding (which can be a sign of incorrect pill-taking, poor absorption, interacting medications or OTC preparations).

If none of these apply and she is confident she is a good pill-taker, she may have just been unlucky. It is becoming increasingly obvious that the seven-day pill-free interval (PFI) is simply too long for some women. In the 1960s, when the seven-day interval was chosen, the high doses used in the COC (100micrograms ethinyl estradiol) meant that it took several days before hormone levels fell sufficiently to cause the bleed. Nowadays, with much lower doses of hormones being used, there is evidence of follicular activity in the PFI and even ovulation, despite accurate pill-taking.

A randomised study comparing a 21/7 regimen with a 24/4 regimen showed that the risk of ovulation was much higher in women on the 21/7 regimen. Even with the normal seven-day break and no missed pills, two women out of 100 ovulated.2

A simple solution, gaining in popularity, is longer cycle pill-taking. Tricycling (where women take three or four packets in a row, followed by a PFI) has become accepted practice for women who have problems, such as headaches, in the PFI and especially for women in whom PFIs are positively detrimental, for example, those with endometriosis or epilepsy.

The solution is to tailor the length of COC use to the individual woman. The woman is advised to take her COC continuously until such time as she gets breakthrough bleeding. If she bleeds for more than three to four days, she should take a break of four days. The advantage of this is that for an individual woman on a particular COC, once she establishes how long she can take it without bleeding, the bleed-free duration for her, on that COC, should always be the same.

So, for example, if a woman finds she can take her COC for 14 weeks continuously before she starts to get breakthrough bleeding, she now knows that (on this COC) it will always be 14 weeks. This means she can plan ahead for holidays and so on. It has been shown that this practical approach deals effectively with the breakthrough bleeding and results in greater satisfaction.3

A similar approach has proved successful using a vaginal ring contraceptive,4 which is in fact licensed for bicycling. It must be remembered that there will be certain groups of women who do not wish to decrease the frequency of their bleeds and who have extremely low tolerance of irregular bleeding. It is important to be culturally sensitive, while making women aware of their options.

1. Dinger JC, Heinemann LA, Kuhl-Habich D. The safety of a drospirenone-containing oral contraceptive: final results from the European Active Surveillance study on Oral Contraceptives based on 142,475 women-years of observation. Contraception 2007; 75(5): 344-54.