1.5 CPD Credits Visit MIMS Learning for an updated version of this article

Section 1: Epidemiology and risk factors
Historically, terms such as shell shock, battle fatigue and war neurosis were employed to describe an adverse psychological response to extreme stress. The term post-traumatic stress disorder (PTSD) was first used in DSM-III in the mid-seventies.

PTSD, an extreme anxiety condition arising from exposure to significant psychological or physical trauma, is distinguished in DSM-IV1 from 'acute stress reaction' by persisting for a minimum of 30 days post-exposure. The nature of the trauma must be exceptionally threatening or catastrophic.

Prevalence
It has been suggested that 25-30% of individuals who experience trauma in atypical conflict environments may go on to develop PTSD, although many epidemiologists regard this as an upper estimate. Lifetime prevalence in general, western, non-combatant populations is estimated at 7-8%.2 The trauma must involve a serious risk of psychological/physical injury or death to self or others, and the acute response should be characterised by helplessness, fear and horror. The most common acute response is dissociation, which will be discussed more fully below.

Such traumas can include the personal or vicarious experience of torture, disaster, rape and life-threatening physical assault. An interesting addition to the approved trauma list in DSM-IV is the diagnosis of a life-threatening illness, such as the psychological impact of a cancer diagnosis.

NICE guidance emphasises that everyday 'traumas' which might be part of normal experience, such as divorce, redundancy and assault, do not constitute part of the PTSD criteria.3

A diagnosis of PTSD requires significant disruption of at least one area of life function (vocational, social or family) and occurs in three forms - acute, chronic and delayed onset.

The presentation of PTSD in the late 19th and early 20th centuries did not include flashbacks and visual memories. It is likely these elements began to occur increasingly, because of cinema and television. This is an example of the presentation of psychological syndromes being influenced by culture and technology.

Section 2: Making the diagnosis
A diagnosis of PTSD requires one to three symptoms in each of the three cluster groups:

A common cognitive arousal response is 'violation of the assumption of safety', which means the world is perceived to be much more dangerous, unpredictable and risky than it actually is.

Screening
A number of self-report scales have been validated to screen for PTSD. The most appropriate for a primary care setting is the 'impact of events' scale. This brief 22-item scale only takes five minutes to complete, but measures 14 of the 17 symptoms across the three DSM-IV clusters and has impeccable psychometric credentials.

However, because comorbidity is as high as 80 per cent in PTSD patients,2 primary healthcare professionals may prefer a more general screening test for psychological morbidity, such as the short form general health questionnaire (GHQ-12).

DSM-V is being developed and will propose a number of alterations, in particular more appropriate age-congruent symptom descriptions. It may also take account of factor analytic evidence which suggests four rather than three symptom clusters. Emotional numbing and other negative symptoms seem to be emerging as an independent factor. 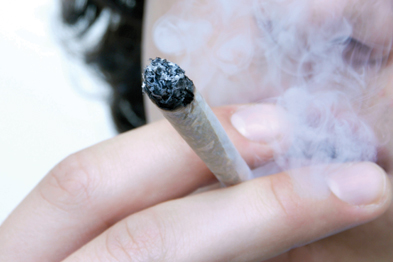 Comorbidities
The NICE guidance emphasises that in a primary care setting, PTSD may present as some of the symptoms described above, but may also be masked by substance misuse, depression, anger and/or unexplained physical symptoms.3 It is important for the GP to ask about aetiologically significant trauma and enquire about re-experience, increased arousal and disconnection.

Comorbidities, such as unexplained physical symptoms, will generally improve if the PTSD is treated first. However when PTSD patients present with a high risk of self harm or harm to others this should be the initial focus of management. Equally substance misuse can interfere with effective PTSD treatment and this too should be addressed first.5

Recently researchers have explored dissociation as both an acute and chronic response to trauma. Dissociation is the disconnection from full awareness of self, time and external experience. Acute dissociation at the point of trauma is the best predictor of poor long-term adjustment.

Also, as noted above, although PTSD is classified as an anxiety disorder it is also increasingly regarded as part of the dissociative disorder spectrum, which includes dissociative amnesia and dissociative identity disorder. Dissociative symp-toms, such as the ability to ignore pain, are common long-term sequelae of PTSD.

Section 3: Managing the condition
As is the case with most psychological disorders which occur on a continuum of severity 'stepped collaborative care' is the guiding principle for intervention.

Up to 70% of individuals attending general practice with mild PTSD will recover within a year (although they may not necessarily be fully asymptomatic). Without any specialist intervention, watchful waiting is indicated with follow-up after one month.

Single session psychological treatment (debriefing) is not effective and indeed can be counterproductive by leading to secondary traumatisation.

The traditional approach of 'outside counselling experts'

attending the scene of a disaster is now discredited and serves only to distance individuals from more ecologically valid sources of support including their own GP, family and friends.6

Specialist intervention
When symptoms continue to be disabling, specialist psychological intervention should be accessed. A Cochrane review in 2009 recommended trauma- focused cognitive behavioural therapy (TFCBT), delivered either individually or in a group setting, as the most effective treatment.7

The duration of TFCBT is normally eight to 12 sessions, although it can be less if treatment is initiated between one to three months post trauma.8

It has also been suggested that eye movement desensitisation and reprocessing (EMDR) therapy is superior to regular stress management and other non-trauma focused psychological interventions. EMDR is a combination of cognitive exposure to the traumatic experience accompanied by bilateral visual or auditory stimulation.

We should be cautious, however, about quick-fix techniques. There is increasingly vigorous debate about whether the active therapeutic ingredient in EMDR is the bilateral stimulation or simply the exposure.9 The latter has long been recognised as a central cognitive component in any effective cognitive intervention for PTSD.

Drug treatment
NICE guidance notes that the efficacy of drug treatment for PTSD is limited and medication should not be used as routine first-line treatment. There is, however, some evidence that abnormalities of the serotonergic system can be correlated with hyperarousal and re-experience symptoms. Accordingly SSRI antidepressants can be used when an individual is reluctant to undergo trauma- focused psychological treatment or if it is unavailable.

Because of the elevated risk of self-harm in the PTSD population, particularly in patients aged between 18 and 29 years, GPs should look out for signs of akathisia, suicidal ideation and increased agitation in the initial stages of SSRI treatment. If there is a positive response, treatment should be continued for 12 months before graded withdrawal.

The duration, proximity and intensity of the trauma affects prognosis and it is said that a third of people exposed to severe trauma never fully recover.

Indeed the term 'complex PTSD' has been suggested for individuals exposed to trauma of prolonged duration such as violent captivity and chronic sexual abuse when the victim is under the control of a perpetrator and unable to escape.

As well as the nature of the trauma itself the presence of the protective factors, such as a strong social network, is related to a more optimistic prognosis.

Section 5: Case study
A 26-year-old man presented to his GP with a three-month history of uncharacteristic irritability, social withdrawal and constant vivid intrusive recollection of a road traffic accident in which he had been involved six months previously.

His motorbike was in a head-on collision with a car. He remembers the seconds just prior to impact, saying: 'I knew what would happen, I thought it was the end.' He describes being paralysed with helplessness and feeling profoundly scared.

Hospitalisation
He was thrown over the bonnet of the car and sustained physical injuries for which he was hospitalised for four weeks. He described feeling detached and unreal in the after- math of the accident and for several weeks afterwards.

While he acknowledged he was lucky and was recovering, he said he felt useless and a burden to his family. He also felt the accident was his fault.

He did not drive, was largely housebound and had insomnia and nightmares. His alcohol intake had increased to approximately 15 units a day.

He had a brief episode of depression in his late teens, described his premorbid personality as 'a worrier' and had suffered a family bereavement a year ago. His score on the GHQ-12 was 23, indicating moderate to severe psychological morbidity.

He was given a brief intervention for alcohol consumption, which included a drinking diary and clear advice on healthy consumption. He was started on mirtazapine, which improved his insomnia quickly and later, the dysthymia.

After eight weekly sessions from a CBT therapist, he report- ed behavioural (resumption of riding and return to work), cognitive (the ruminations and intrusions decreased) and emotional (less depressed and irritable) improvements.

After the CBT, he was reviewed monthly in the surgery, continued with the self-help material and 10 months post trauma he expressed the desire for graded withdrawal of the antidepressants.

A proximal risk factor was dissociation at the time of the trauma and the trauma itself was severe and life-threatening. Fortunately, as is the case in most PTSD patients, he made a good psychological recovery within a year, although he was not fully asymptomatic.

This is a thorough review of all the international, key treatment trials. Each trial is described and critiqued and then an expert opinion is provided on current effectiveness of each class of intervention.

Pages 137 to 158 are particularly useful and the complete review is available free on the National Academies Press website (www.nap.edu/).

The management flow diagram in appendix 4 is very helpful.

Curriculum
This topic is covered in the GP curriculum in statement 13: Care of people with mental health problems

Visit MIMS Learning for an updated version of this article