How to diagnose and manage patients in the long term. By psychiatrist Dr Muffazal Rawala and Dr Sanober Saleem

About one in 100 adults will experience cyclical extreme mood fluctuations between mania and depression not caused by drugs or another medical condition.

This results in significant distress and impaired social functioning, but is interspersed with periods of almost full recovery.

This may have involved misdiagnosed bipolar disorder, because 21% of patients might have presented in the depressive phase.

Most patients present at 15-24 years, although some present later in life after having been diagnosed with depression. Patients presenting with first-onset mania after the age of 50 years should prompt investigations to rule out secondary mania.

Aetiology
The risk of bipolar disorder is increased in first-degree relatives; 40-70% for monozygotic twins and 5-10% for other relatives. The heritability estimate of 85% suggests the variance is due to genetic factors.1,2 Bipolar disorder is seen with equal prevalence in both sexes.

The strong genetic aetiological component is shown by twin and family studies with the involvement of ANK3, CACNA1C, and CLOCK genes. Gene expression studies have shown a decreased expression of oligodendrocyte-myelin related genes and abnormalities of white matter in various brain regions.3,4

The role of serotonin, norepinephrine and dopamine has been postulated on the basis that drugs increasing their levels, for example, antidepressants, can trigger mania.

The role of glutamate has been suggested on the basis of a postmortem study, which showed increased levels in bipolar patients' frontal lobes.5

A genetic predisposition may be triggered by stress, for example, pregnancy; the risk of puerperal psychosis is increased in patients with a family history of bipolar affective disorder.

Psychodynamically, the features of mania are explained as a defence against the ego-destroying negative thought patterns of depression, suggesting that manic patients, especially in remission, have a negative self-concept, variable self-esteem and increased drive.7,8

The DSM-IV criteria for mania are a period of persistently abnormally elevated, expansive or irritable mood, lasting at least a week and causing occupational or social malfunctioning, or with psychotic features and not secondary to a psychoactive substance or general medical condition.

During this period, three of the following symptoms (four if the mood is only irritable) have persisted:

DSM-IV states the core symptoms of hypomania as similar to mania, but with a shorter duration of four days and an observable but not impaired change of functioning.

Patients with four or more episodes of depression, mania, mixed state or hypomania over a 12-month period are described as having rapid cycling. The lifetime risk in a clinic population is 16% and it is loosely associated with female gender, bipolar type II and hypothyroidism.9

Most patients would benefit from admission or assertive community management by a psychiatric team.

Lithium, valproate semisodium, olanzapine, risperidone, aripiprazole and quetiapine are licensed for use in acute mania.

If the patient does not take any antimanic medication, consider starting an antipsychotic or valproate, due to faster onset of action, especially if behaviourally disturbed.

In contrast to unipolar depression, depressive episodes in bipolar disorder tend to be more acute, more frequent and shorter. NICE recommends an SSRI with an antimanic or quetiapine if an antipsychotic is not already prescribed. Antidepressants can cause a switch to manic state and could cause mood destabilisation.

For mild depressive episodes, a 'wait and watch' approach over two weeks might be appropriate. For moderate to severe episodes, consider starting an SSRI, owing to the lower risk of causing a switch to mania when compared with tricyclic antidepressants.

Antidepressants should not be prescribed if the patient has a history of rapid cycling or a recent hypomanic episode. In these cases, consider optimising the antimanic or adding quetiapine or lamotrigine.

In contrast to the NICE guidelines, recent evidence suggests antidepressants should not be considered first-line in bipolar depression, owing to the risk of switching to mania.10,11

Based on the evidence, quetiapine should be considered the agent of choice in bipolar depression, owing to its antimanic and prophylactic effect, followed by lithium and valproate. Antidepressants could still be used with an antimanic agent in patients who have shown a favourable past response.

Lithium, valproate, quetiapine and olanzapine are most commonly prescribed long-term. The choice depends on response to previous treatment, physical risk factors (renal and thyroid disorders in case of lithium; diabetes and obesity in case of olanzapine) and gender (valproate should not routinely be prescribed for females of childbearing age).

Prophylaxis should continue for at least two years after one episode, or for five years if there is a history of frequent relapses, psychotic symptoms and comorbid substance misuse.

Psychological treatment
Consider CBT, interpersonal therapy or family-focused therapy. There is evidence for the role of psychoeducation and structured regular activities for maintaining stability.

Bipolar disorder is a chronic recurring illness. Patients have an average of 10 episodes in their lifetime.12

The risk of recurrence after an episode of mood disorder is in the region of 50% after the first year, 75% at four years and thereafter, 10% annually.

Patients with bipolar disorder frequently have significant physical comorbidities, such as diabetes and cardiovascular problems.

The standardised mortality ratio (SMR) for premature death due to natural causes is 1.9 in males and 2.1 in females.13

Suicide risk
The SMR for suicide is higher (15 for males, 22.4 for females), corresponding to 0.4% of bipolar patients dying by suicide annually, compared with 0.017% of the general population.14

The European Mania in Bipolar Longitudinal Evaluation of Medication study suggests these characteristics are found in patients with bipolar disorder who are suicidal:15

Prognostic factors
Patients with bipolar I fare worse than patients with a major depression. Within the first two years after the initial episode, 40-50% of patients experience another manic attack. Often, the cycling between depression and mania accelerates with increasing age.

Factors suggesting a worse prognosis include:

Factors suggesting a better prognosis include:

A 23-year-old female presents with low mood, anhedonia, and sleep and appetite problems for the past four weeks. She is diagnosed with depression and offered fluoxetine 20mg once daily and CBT. 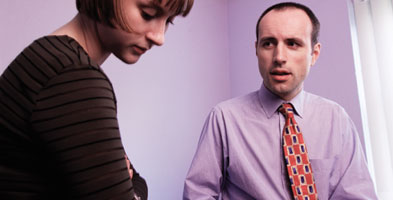 The patient saw her GP regularly to monitor her mental state

After nine weeks, you receive a call from the patient's mother, who says she has been behaving out of character, seemed to have excess energy, broke up a long-term relationship and has been irritable. You offer to see the patient the same day. The patient refuses to attend.

Two days later you are informed that the patient has been sectioned after behaving in a sexually disinhibited manner. She is stabilised on olanzapine and discharged after three weeks. She sees her GP regularly to monitor her mental state. She engages well and psychoeducation is provided to her mother and herself.

You decide to continue her olanzapine for at least another two years. After a period of eight months she is brought in by her mother, showing possible signs of relapse - spending large sums on her credit cards, not sleeping and unexpectedly changing her college course.

The patient agrees to be referred to the psychiatric team. She is started on lithium and olanzapine.

A meta-analysis of 46 RCTs for the use of antimanics in children.

This interesting paper discusses the burden of bipolar disorder in primary care and the use of collaborative chronic care models for the management of bipolar patients, and the challenges of such an approach.

This study from Sweden tracked about 1.2m patients and their relatives, and showed that bipolar disorder is prevalent among the entire group of artistic or scientific professions, such as dancers, researchers and authors.

Authors specifically presented more commonly with most of the other psychiatric diseases (including schizophrenia, depression, anxiety syndrome and substance abuse) and were almost 50% more likely to commit suicide than the general population.

Face coverings should be mandatory for patients visiting GP practices amid a rapid...

Dr Marcelino Ruiz-Martin and Dr Ruth Chambers explain how a practice in Staffordshire...

Face-to-face GP consultations up 70% since start of lockdown

Face-to-face GP consultations have risen 70% compared with the early stages of lockdown,...

Primary care network (PCN) development is being undermined because they lack the...

Breast pain in women and men has a variety of possible causes, from prescription...

GPs face a surge in workload over the coming months as the government rolls out the...