AF management has changed to accord with updated guidelines. Dr Andrew Money-Kyrle explains how to assess stroke risk now.

The recommended approach to managing patients with AF has changed following the recent publication of updated guidelines from the European Society of Cardiology (ESC).

This change was driven by the development of novel oral anticoagulants (NOACs) such as dabigatran, the relative ineffectiveness of antiplatelets at preventing strokes and new clinical scores for stroke risk (CHADS2 VASc) and bleeding risk (HAS-BLED).

Patients without valvular heart disease who are low risk (CHADS2 VASc score 0) do not now need to receive thromboprophylaxis.

All other patients with AF should be offered anticoagulation, in the absence of contraindications, with either a vitamin K antagonist, such as warfarin, with an INR of 2-3, or an NOAC.

Antiplatelets such as aspirin are only needed for patients who do not want, or cannot have, oral anticoagulants (OACs). Antiplatelets have only a small effect in protecting against stroke, but have a similar risk to OACs of severe bleeding, including intracranial haemorrhage.

Most clinicians managing patients with AF have become familiar with the CHADS2 score as a guide to stroke risk (one point each for congestive heart failure, hypertension, age >75 and diabetes, and two points for stroke/TIA).

However, this score does not discriminate particularly well between very low-risk patients and intermediate-risk patients.

All patients with a moderate or high risk of stroke should be considered for an OAC, so the principal goal of risk stratification is to identify those patients who are genuinely low risk (lone AF with age <65), who do not need an OAC or antiplatelets. The CHADS2 VASc score is superior to the CHADS2 score for this. 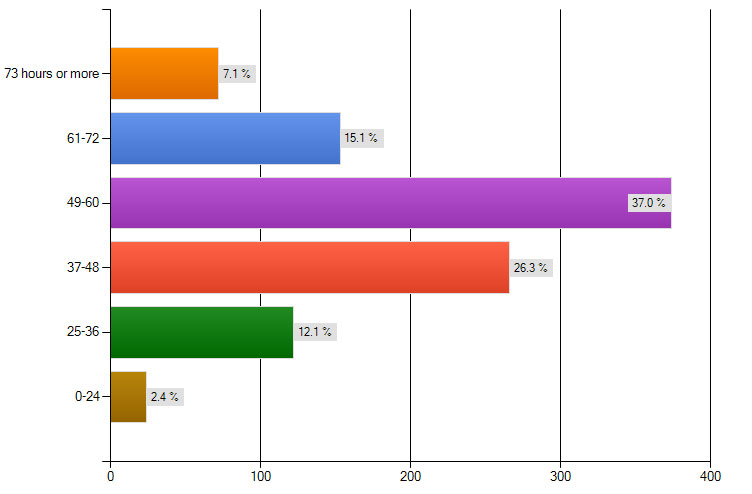 A few additional nuances about CHADS2 VASc need to be noted.

Female sex is an independent risk factor in the presence of other risk factors, but not on its own. This means that female patients aged under 65 years with lone AF (CHADS2 VASc 1) should not need to be offered an OAC.

However, in the presence of other risk factors, such as hypertension and diabetes, female sex does confer additional risk.

Male patients with a CHADS2 VASc score of 1 should normally be considered for an OAC.

Either previous stroke or TIA confers two points in the risk score.

Patients with severe renal failure and AF have not been well studied. They have an increased risk of stroke as well as bleeding, but whether they should be treated in the same way as other patients is not known.

Warfarin is an effective anticoagulant provided the INR remains within the target therapeutic range most (>70%) of the time.

Poor INR control is an indication to consider NOACs. NOACs appear to be at least as effective as warfarin and have lower severe bleeding or intracranial haemorrhage rates.

OACs are successful in reducing stroke risk by up to 60-70% in patients with AF, but their use will always be tempered by concerns about severe bleeding, particularly intracranial haemorrhage.

Net clinical benefit analysis of OACs, balancing the reduction in stroke risk against risk of intracranial haemorrhage, has found that most categories of patient with AF benefit from OACs, except the lowest stroke risk group.

This is because patients with a high bleeding risk also tend to have an even higher stroke risk and therefore continue to accrue a net overall benefit on an OAC.

The recent update of the ESC guidelines recommends the use of the HAS-BLED score for assessing bleeding risk in patients with AF who are being considered for OACs.

HAS-BLED helps to focus attention on modifiable risk factors for bleeding and to encourage surveillance in higher-risk patients.

It should not be used as a reason for not offering OACs to patients who might still benefit from them.

So, for example, tighter management of hypertension, avoidance of NSAIDs or closer monitoring of renal function or INR might result from the decision to anticoagulate a patient who has high scores for both CHADS2 VASc and HAS-BLED.

A HAS-BLED score of 3 or more is considered to reflect a high risk of severe bleeding on OACs.

Use of OACs in these patients is not contraindicated, but should be approached with caution.

In summary, the ESC guidelines, as recently updated, recommend the use of CHADS2 VASc to assess stroke risk in patients with AF.

Low-risk patients with a CHADS2 VASc of 0 need no thromboprophylaxis and other patients should be considered for OACs. Antiplatelets should be reserved for those who do not want or cannot have OACs.

HAS-BLED can help to identify patients with a high risk of serious bleeding who may need extra care and monitoring. Decisions on OACs should be made with the patient, taking into account risks and benefits.