The Discovery Sport deserves to be a great success for Land Rover, says Dr Tony Rimmer.

As any GP knows, the key to any successful practice is a good business plan and decent investment. The subsequent hard work will then pay dividends in both satisfaction and financial terms.

This is exactly what happened in the British car-making industry in 2008. The iconic Land Rover brand was bought, with Jaguar, by the giant Tata group and they were able to invest heavily in developing new products.

The latest model in their line-up to be superseded by a brand new replacement is the Land Rover Freelander. This small SUV had been around since 1997 and, despite some significant updates, was really showing its age. Competition such as the BMW X3 and Audi Q5 were streets ahead in terms of quality and refinement. The Freelander name has been dropped and we now have the Discovery Sport.

Based on the modern platform of the hugely successful Range Rover Evoque, it sacrifices some of that car’s style for greater practicality. 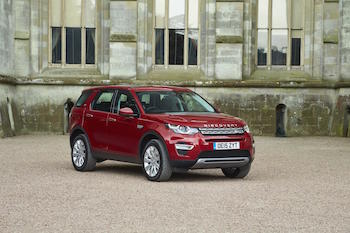 A longer wheelbase means a lot more available space for passengers and luggage. In fact, the Sport can be a full seven-seater which is quite remarkable for such a compact SUV.

The rearmost seats fold neatly into the boot floor when not needed and take up minimal space with hardly any compromise. The higher roofline also means better headroom for rear passengers.

Certainly from the front, it has the same good looks as its small Range Rover cousin and with more upright rear quarters still looks smart and classy.

The interior design and trim will be very familiar to Evoque owners and the trademark rotary gear selector that rises serenely and dramatically when starting the engine is a feature also shared with modern Jaguars. 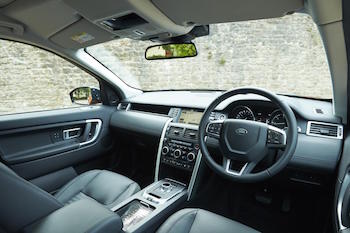 There is no doubt that the general quality levels have been raised significantly compared to the old Freelander. This is a car that can hold its head high in the company of its premium brand competitors.

Interior space is excellent, the boot is capacious and the occasional rearmost seats are really easy to erect and fold away when needed. I love the fact that this is all on offer in a car with much less bulk that full sized SUVs like the Audi Q7 or Volvo XC90. 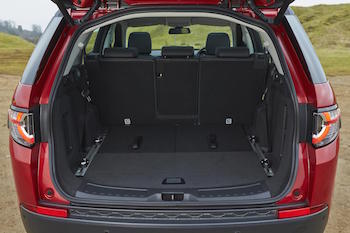 The Discovery Sport is going to have great appeal for those of you with more than two children, need all the space and convenient features to cart them and their friends around but want a neat urban-friendly SUV.

Changes to the engine

Land Rover took a bit of a risk when it first released the Discovery Sport in 2014. It was only available with a 2.2-litre diesel engine that was from an original Ford design and had been around for several years. It was noisy and not as clean or efficient as the latest diesels.

Land Rover had built a brand new £500m factory in Wolverhampton to deliver a new state-of-the art 2.0-litre turbo-diesel known as the Ingenium engine. Unfortunately the company needed supplies for the new Jaguar XE and XF models too and the leaping-cat brand won until production increased significantly.

Fortunately the car is so good overall that the old engine was only a minor Achilles heel and first adopters have not lost out too much. But now all Discovery Sports come with the new engine and my test car had the more powerful 180bhp version with the super smooth 9-speed automatic transmission. 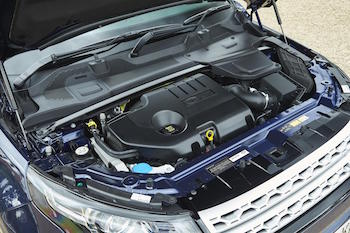 Overall economy is an impressive 53.3mpg and Co2 output is only 139g/km. It feels smooth too and like most of the best diesel engines, there is no excessive noise or vibration compares to petrol units.

The compact exterior dimensions, together with sharp steering and a firm but comfortable ride give the driver some surprising tactile satisfaction. I found it easy and enjoyable to punt this Land Rover along some of my favourite twisty roads. 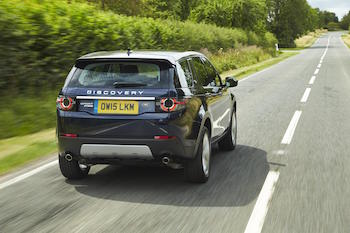 Motorway comfort is also assured so your passengers will appreciate the ride too. I did not have the chance to take my test car off road but am secure with the knowledge that, being a Land Rover, it will do amazing things if asked.

The Discovery Sport will be a great success for Land Rover and it deserves to be so. GPs who like the idea of a full size Land Rover Discovery but are attracted to the benefits of a more affordable, compact and fuel efficient SUV should look hard at this new car.

It is great for practice work and great for the family. The compromise is minimal and you will save significantly on costs.