GPs fear attacks on doctors and practice staff are not being properly addressed.

Data suggest attacks on GPs and practice staff are on the rise, but GP leaders say a lack of comprehensive information shows the problem is not being taken seriously.

GP magazine requested details of attacks on GPs and practice staff from 2010/11 to 2012/13 under the Freedom of Information Act from each of the UK's 52 police forces.

A total of 30 police forces said they were unable to calculate how many attacks took place in GP premises.

But these figures are likely to be the tip of the iceberg - police forces warned that recording a victim's occupation was not mandatory. As a result, there may be many more attacks on GPs that have been recorded, but cannot be identified. GP leaders say many more attacks go completely unreported.

NHS England has ruled out collecting specific data about attacks on GPs, but the GPC has urged it to think again, to make clear to GP practices that the NHS zero tolerance policy on violence includes them.

GPC deputy chairman Dr Richard Vautrey says: 'This is a serious and possibly growing problem. NHS England needs to think again if it wants to create a new culture that includes caring for and protecting people working on the NHS frontline.'

Questions also remain over the proportion of attacks that result in prosecution. In 2012/13, the police were only able to confirm that four of the 12 attacks on GPs resulted in a police sanction, such as a summons, caution or charge.

Less than half of the 21 attacks carried out against practice staff in 2012/13 were confirmed as having resulted in a sanction.

The police and GP leaders warn that the true scale of the problem is likely to be much larger, because many attacks on GPs go unreported and there is a lack of definitive central data.

Many attacks are not reported because practices think they will not be taken seriously, GP leaders say.

Tip of the iceberg

Dr Vautrey says: 'I suspect this is a very underreported area, as most practices don't think NHS management, either in the past or now, will do anything about the problem.'

All such incidents should be reported to the police, says Dr Colette Maule, a GPC Scotland negotiator. 'It is incumbent on each practice to report this to the police,' she says.

'Unless we do that, we are not doing the best by our staff or our patients.'

GP practice staff are more likely to be in the line of fire, because they are the first point of contact for patients, she warns. 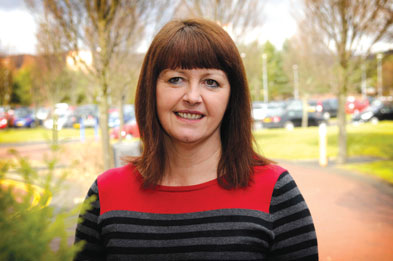 Many practices in Scotland have now resorted to screens separating staff from patients, Dr Maule says.

In south Wales, the police are planning to visit GP practices to encourage staff to report incidents.

This follows a meeting with Morgannwg LMC.

'If you work in an area where there are a lot of problems, you become very tolerant and the police are only called for serious incidents,' Dr Millington says.

The GPC warns that the rise in attacks is another 'vital reason' why investing in occupational health services for general practice is so important.

'The number of attacks compared to the number of consultations is minute, but if it occurs, the people directly involved can be traumatised by it,' Dr Millington warns.

In one attack, uncovered in GP's investigation, a patient put her hands around a GP's throat and tried to strangle him.

Another patient was charged by police after a GP was struck in the chest and winded by 'a two-handed palm heel strike'. The attack happened after the GP asked the patient to leave the consulting room because she was being abusive.

Prosecutions are more likely to be secured for attacks on hospital doctors, argues Dr Millington, because they receive more support.

GPs who have been the victim of an attack should be allocated a case officer by health boards, but this is currently only offered to hospital doctors, he says.

Practices also fear an increase in aggression and violence as high levels of workload begin to affect patients' access to a GP.

The BMA has warned that patient access will suffer as a result of this year's contract changes, meaning patients will wait longer for appointments, leaving them frustrated and more likely to hit out.

GP's investigation revealed that one woman was summonsed by the police after grabbing a practice worker's arm because they would not let her daughter see a GP without an appointment.

'There is a real risk that practices under pressure will have to cope more often with patients who take their frustration and anger out on GPs and staff, rather than the government, who are really to blame for these problems,' Dr Vautrey says.

LMCs want practices to be better protected and to be told if a patient has a history of violence.

Under current rules, there is no requirement for commissioners to inform GP practices of a patient's violent past if they have been assessed and found to pose no threat.

In one case, a Manchester practice registered a patient and agreed to a home visit, unaware that the patient had previously stabbed a GP.

Manchester LMC chairman Dr John Hughes says that commissioners have a duty of care to contractors and GPs should be told about any patient who has a history of violence.

Dr Millington agrees. He says that in some cases, health boards are not informing practices when violent prisoners are released, even if they are under multi-agency public protection arrangements, which could result in police monitoring.

NHS England, however, says informing a practice about a patient's violent past, when they have been deemed no longer a risk, would be 'a breach of confidentiality and natural justice'.

NHS Protect, which leads on NHS staff security, has said unequivocally that 'staff committed to providing our NHS should never be expected to suffer an assault at work and it will not be tolerated'.

But the NHS must do more to show it takes attacks on GPs and practice staff seriously. The first step to achieving this would be to collect the figures.

Dr Simon Abrams is a senior partner at Great Homer Street Medical Centre in Liverpool, which has run a zero tolerance enhanced service for about five years

'We take on those patients whose own practice has had reason to call the police for an incident and no longer wants the patient on their list.

'We have a list size of about 2,400 and about 50 patients on the zero tolerance service.

'We took them on because we had a large number of substance misuse patients and we work in a deprived area. We thought we were sufficiently experienced and tolerant in a constructive way, so we discussed it with staff and we agreed it would be OK.

'The patients who started coming were no more difficult than any we had before. It can be difficult. It does work reasonably well - it is incredibly rare for us to call the police.

'After 12 months, if there have been no other incidents, the patients are free to register somewhere else.

'Our staff are trained in de-escalation techniques and we have alarm systems. If there has been an incident, we discuss it at a meeting and that member of staff can leave the reception area when the patient returns.'

GPs should carry out 45% of consultations remotely after pandemic, says Hancock

Nearly half of GP consultations should continue to be delivered remotely after the...