Much of a £50 million fund for improving access to services has never actually reached GPs. Tom Ireland reports.

When the GPC negotiated an additional £50 million in funding for access as part of the 2008/9 pay deal for England, most GPs knew it would come with strings attached.

They surely did not expect, however, that over a year later a third of PCTs would not have spent any of it. Worse still, several PCTs still do not appear to know anything about it.

To rub it in further, some PCTs used the cash to develop balanced scorecards to performance manage practices, build Darzi centres, or pay for services meant to be funded from their existing budgets.

Suspicious
The GPC has said it was always suspicious of the deal, struck during a high-profile fight with the government to make extended hours workable.

In total, the 2008/9 pay deal offered a 'guaranteed 1.5 per cent investment in GP services worth £105 million annually'.

Of this, £50 million was to fund clinical enhanced services, £5 million to top up global sums, and £50 million for PCTs to invest in the 'access and responsiveness of local GP services'.

Many now question why such a huge chunk of cash in a pay deal meant for GPs was assigned such a non-specific use.

'We were never happy about the loose wording,' he said. 'The £50 million was not ring-fenced and had no specific use apart from the umbrella term access.' 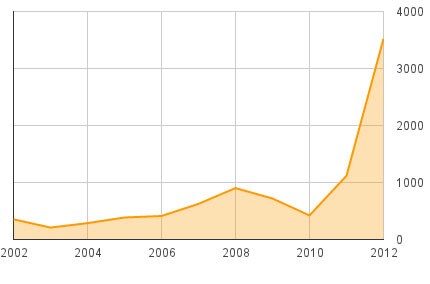 The GPC was making no such deals in this year's negotiations, he added. Funding will be kept in conventional contractual income streams.

Misuse of NHS funds may be a familiar gripe for GPs, but PCT responses to GP's request for information revealed a genuinely chaotic and confused system of NHS management, unable to trace or explain its own spending. PCTs consistently misunderstood or obscured the facts surrounding the £50 million.

Of 65 PCTs to respond, more than a third (36 per cent) have still made no plans to spend the money. Twenty-eight trusts (43 per cent) could not provide a breakdown of how it was spent. Of those that could, most used it to fund projects like extended hours - meant to be funded from baseline budgets - and GP-led health centres, rather than providing additional funding to local GPs.

Orwellian response
Seven PCTs claimed not to have received the cash, while four confused it with the £50 million for clinical services.

'There is, however, no information available to support whether or not this is the case and consequently it is not possible to identify whether or not such an additional fund has been used to improve the accessibility and responsiveness of local GP services.'

Others funded new phone systems and software for e-booking. Some of the spending on extended hours may have provided additional services on top of the basic directed enhanced service, too.

But investment must be consistent across the country when practices are compared nationally on access, said Dr Nagpaul.

Practices that received no investment will still be compared, using patient surveys, with practices who may have received new phone systems, extra funding for extended hours, e-booking software and upgraded websites.

Dr Nagpaul said the GPC was continuing to press the DoH to 'fulfil its promise' on funding.

'This money was never intended to fund things like GP-led health centres and it is wholly inappropriate for PCTs to misuse funds in this way.

'There clearly has not been a 1.5 per cent investment in the GP contract.'

Former NHS director general for commissioning Mark Britnell called for PCTs to spend the money on enhanced services, and the DoH advisory body Primary Care Commissioning has called for GPs to bid for a share of the cash.

But with PCTs looking at their budgets more closely than ever as funding shortfalls loom, most GPs might not see their fair share of that mysterious £50 million any time soon.